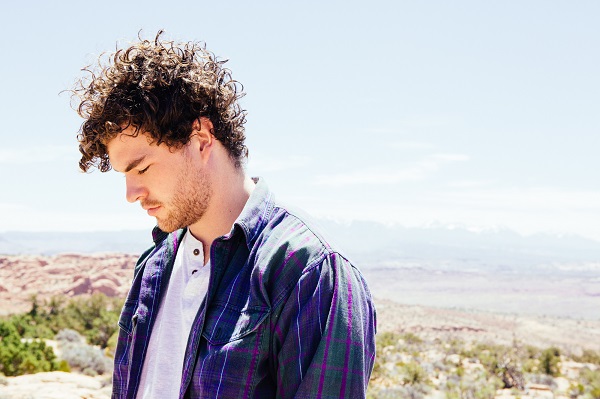 He may have released his debut EP less than 12 months ago, but in that short space of time VANCE JOY has gone from Antipodean obscurity to headlining shows across Europe. His warm, emotive brand of folk-pop has won him fans the world over, nothing more so than his recent UK top-ten single ‘Riptide’, certified three-times platinum in his home country of Australia.

But all that success can’t be easy to come to terms with so quickly? “You never really feel 100% prepared for anything, even when there’s a challenge confronting you, so you just have to buckle up and adapt and learn it on the spot, which is the best way to learn sometimes. I look back and I’ve definitely had some of those big moments where I’ve been like, “Jesus”. But you feel quite good after you face something that you’ve never experienced or a pressure that you haven’t encountered yet, but you can deal with it or you learn to cope with it. I think it builds you as a performer and a person.”

This is a philosophy that he clearly applies across all areas of his life. Vance (real name James Keogh) had a promising professional career in AFL ahead of him when he made the switch across to music, not to mention the fact that he’s only one year off qualifying as a lawyer. He’s someone used to handling pressure, and coping with adversity.

Then again, there’s nothing quite like staring down the barrel of a five-year record deal with Atlantic, one of the biggest record companies around, to make you up your game? “I guess there’s a lot of pressure, but I can only write how I write and how I like. With most bigger labels when they do deals, they don’t do one-off deals. They aren’t going to give you an album and say “See you later”. In the expectation that you’re going to make a lot of good music, they want to be around for it, and you want to create a strong relationship with them. I’m just going to get one album out and then worry about the next one. If you’re a good songwriter, then you’ll have a steady stream of songs, so hopefully that counts for me as well.”

For fans catching him on his latest tour, however, there’s little recorded material to go on. With just one EP behind him so far, they won’t know what to expect from his upcoming full-length debut, or his recently announced full UK tour in September. His EP, God Loves You When You’re Dancing, is mostly made up of folk pop with a melancholic twist, with ‘Riptide’ standing out as easily its most upbeat number. So what should fans expect from the new material he’s currently working on? “I think there’s always a bit of variety with my songwriting, so probably the EP is a good reflection of what the rest of the album will be like. It’s all different songs, I guess, but all tied together in a way. It’s kinda nice to have some longer sound checks at the moment, so we’ll just slowly add up, song by song, all the new songs that we’re looking forward to getting up to speed.”

He certainly makes it all sound very simple. However, especially with life on the road, there must be difficulties, and ways that you find to cope with the stresses of touring? “We found this awesome café in London, Paddington, called Lena’s Café, and the waitress was really lovely and they had all these beautiful salads, so we ate all this really good food. And also, learning to give each other a bit of space, working out the balance, and when to give people room. When you’re in close confines, you can be in each other’s grill all the time, so that’s something you work out how to do. I guess you just learn from experience.”

While for the moment all British fans have to look forward to is his upcoming September tour, there may well be some festival announcements to come over the next few months. None have yet been confirmed, but has he already got any hopes of where he might be playing? “I’m not sure exactly where I’m situated, but that’s the plan anyway, to play at a couple of those [UK festivals], and to string together a run of festivals around Europe and America. I haven’t been to any festivals in Europe. I’ve seen images from Glastonbury and the Isle of Wight, so those are two that I know of. Maybe one in the Nordic countries. You look at those photos and they look amazing. I’m not picky and not too choosy, because I think I’d be lucky to get on any bill.”

There’s probably going to be very little ‘luck’ about it; with his debut single ‘Riptide’ peaking at number 10 in the charts already (as well as reaching the number one spot for the Triple J Hot 100 in Auz), his spot on most line-ups seems virtually guaranteed. He’s already picked up a coveted spot at Laneway festival, where he was able to count himself among some fantastic musical company. Were there any in particular who really stood out for him? “There was this band called The Jezabels, from Australia, who we got to play with, and got to meet, and they were lovely. We were also on the same line-up as Haim, who are lovely girls. Really amazing performance and great songs. Another band on the same bill was Jagwar-Ma, this band from Australia, which are awesome. That line-up was amazing. It was crazy. It was like, far out, you know? We were just humbled to be on the same line-up as so many cool bands.”

So what does the future hold for Vance Joy? He doesn’t seem entirely sure (or at least, is playing his cards close to his chest), but an album and a return to UK shores are definitely on the way. Ultimately, however, he seems more concerned with meeting the day-to-day challenges that life as a musician presents, however unpredictable. “With every new experience and every show you’re equally nervous. You never come to the belief that you’re comfortable, and it’s always moving.” It’s a refreshingly modest attitude, and one that suggests he’ll have the dedication it takes to live up to the buzz he’s so far been generating. Until we get hold of the album, though, we’ll just have to wait and see.

You can read our full review of God Loves You When You’re Dancing here.