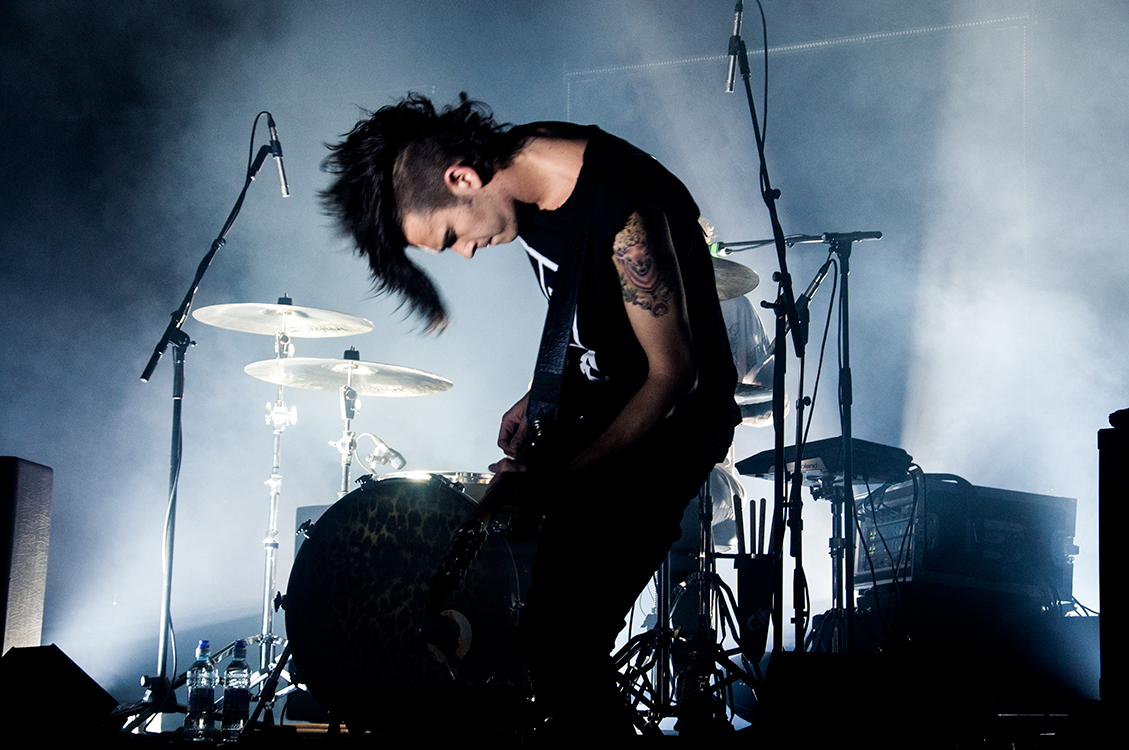 One of the break through acts of 2013, THE 1975 took to the stage of the sold-out Birmingham Academy in support of last years self-titled debut album. With a diverse crowd of young and old packing out venue, the Manchester band walked on stage to rapturous applause.

Opening with last years Top 30 track, ‘This City’, the crowd instantly raised arms and waved in unison. After touring extensively throughout Australia on the Big Day Out Festival circuit in January, the group seemed to labour a little in the early part of the set. Whilst the fans over-excitingly screeching with each introduction played, the band seem to battle slightly through tracks ‘M.O.N.E.Y’ and ‘So Far (It’s Alright)’.

It wasn’t until ‘Settle Down’ did the band seem to get into the gig; mixing between debut album and early EP material, they appeared to satisfy the long-term fans squashed in front of the stage and those slightly newer one who danced around the rear of the venue. It was one of the EP tracks, ‘You’ from the Sex EP which provided the best set highlight in the main set. The catchy riff caused a lot of movement throughout the venue, as the group appeared to loosen up and enjoy the high energy track.

As the bands returned onto the stage for the encore, the crowd new their were three songs left which hadn’t been aired throughout the show. ‘Robbers’ opened and again the crowd screamed along to the slow track. Matthew Healy’s distinct vocals echoing around the venue. The closing two tracks ensured the Birmingham Academy crowd left more than satisfied. A high energy (and slightly quicker version) of ‘Chocolate’ was shouted back to the point it almost deafened out the band from the stage. It was a rousing version of real breakthrough hit ‘Sex’ which closed the evening. The band bounced across the stage and encouraged the crowd to sing along – to which they expectedly did.

More than a year after this tour kicked off, The 1975 have become one of Britain’s newest best loved bands. Opening in tiny 200 capacity shows at the beginning of the tour, the band have now grown to easily sell-out 4000 shows. With a busy summer look set ahead of them, the band could use a few weeks to recharge their batteries and come back slightly more refreshed. However; with the hits to back them up, this was an enjoyable, solid and entertaining performance from the group.