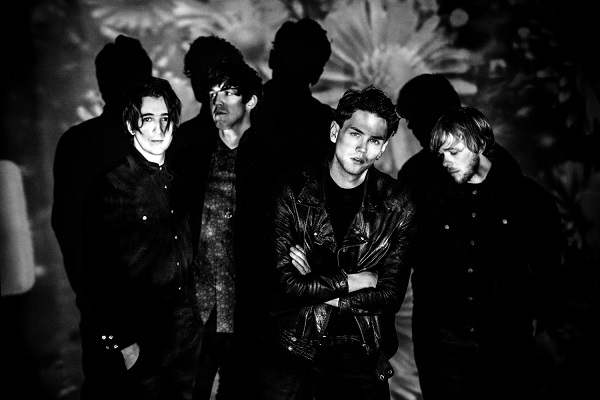 Liverpool alt-rock outfit DEATH AT SEA first emerged into the grimier recesses of the internet back in early 2012, with the brash fuzz-rock of ‘Selfless’, and the brilliantly simple guitar hooks of ‘Drag’. Their sound was unapologetically natural, awash with scuzzy rhythms, charismatic guitar playing and simple but impactful lyricism.

New track ‘Glimmer’, however, takes things in a different direction. The rough-cut nature of their earlier tracks has been replaced by a slicker, tighter, 80s-influenced sound, helped in part by the newly-included synths, which kick in from the song’s opening riffs. It feels more restrained, more controlled than their earlier efforts, perhaps a sign of their ever-increasing maturity as song-writers.

While it loses some of the chaotic energy of those initial recordings, it replaces this with a calm sense of assurance, and that’s by no means a bad thing. It’s allowed them to introduce much greater dynamic changes within the song, having the confidence to create quieter moments in the opening riffs and verses, before aping it up in the latter half of the song. The chorus certainly still packs the same punch, as vocalist Ralph Kinsella repeats “I can’t tear my eyes away” over a lush backdrop of overdriven chords and slide guitars.

With the band citing the likes of Joy Division and New Order as major influences, the change in direction should perhaps come as no surprise. It shows that Death at Sea are more than a one-trick pony, more than just another garage band. With lo-fi production values becoming so de rigueur that so much as setting foot in a studio qualifies a band as alternative, they prove that they have the song-writing chops to make that transition with ease.

Already hard at work on their debut album, Death at Sea also recently supported Haim on their UK and European tour. On the strength of ‘Glimmer’, it seems fair to expect that they’re more than ready to become the headline act. If you can’t wait until then, there’s always the chance to catch them at the following dates:

‘Glimmer’ is available as a digital download from April 7th, and on 7″ from May 5th.