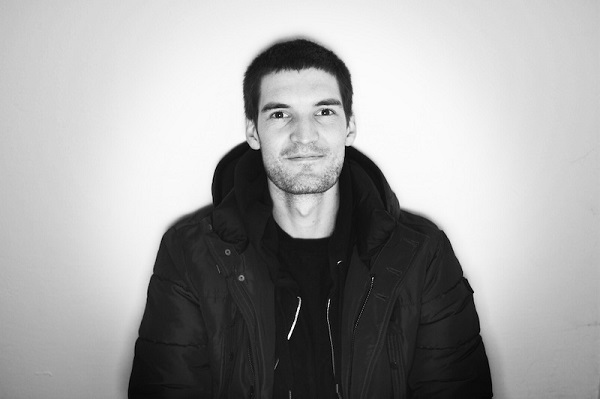 It’s perhaps indicative of the thoroughly balmy musical climate in Australia these days, that such a tidal wave of fantastic Antipodean acts are making their way to our shores. Whether its the astute awkwardness of Courtney Barnett, or the silky smooth soul of Chet Faker, there’s seemingly no end to the talent pouring from our considerably sunnier distant cousins. It’s strange, then, to find that many end up making the move over here permanently. The latest to join this ever-growing list is JONATHAN BOULET, a bonafide indie hero in his home nation, whose new album Gubba (out on August 25th) will be his first to be released in Europe.

Back home, he’s signed up with Modular Records (whose impressive roster also includes the likes of Tame Impala and Cut Copy), and has released two critically-acclaimed albums, the first of which spawned the brilliant ‘A Community Service Anthem’, which has notched up an impressive half a million views to date. His blend of delicate folk and all-out pop was an infectious one, combining the floating, synth-based hooks of Empire of the Sun or Foster the People with the simple but brilliantly catchy acoustics of Vance Joy and his ilk. However, his new material has taken on a grungier, scuzzier edge, while never losing the vitality that made his earlier records so pleasing on the ear.

In what comes as a pleasant surprise, Mr. Boulet is not only a talented musician, but is also really quite funny. You can read our full Q&A with him below (be warned, there’s some spicy language ahead):

You’re a new name for many music fans in the UK – how would you best sum up your music, and what you’re about?
The new music is fun, dumb, rock and roll. What am I about? I just wanna make shit. Eat, Live, Pray. Football. And promote the UK Raelian Movement.

Gubba will be your first European album release, but your third album to date. What made you decide that this was the right time to make that move?
The move was a long time coming. It was more a matter of when was the right time. I needed to see more world and what better place to do so than the UK and Europe? You guys have plenty of world to see over here.

Where did the album’s title, Gubba, come from?
Gubba is an Australian Indigenous slang term for white man. It came about from the shortening of the term “Government Man”.

What were your biggest influences when writing the album (musical or non-musical)?
Non-musically I get a lot from the photography of Boris Mikhailov. Seems like a really cool dude. He was generous enough to allow us to use his photos on the previous record. Thanks Boris! Anyone who can take that many nude selfies and become a respected photographer is a hero in my book.

I got a lot from just generally creative dudes. Of course musically, but more so motivationally. People who are just making the shit THEY want to make. Dirty Beaches, Tyler the Creator, Mac Demarco. These days as the sky becomes hazier with the brown clouds of mediocre shit, it’s exciting to see people making good things.

This stuff was more streamlined compared to the last couple records. I was writing for a three piece, so each layer had to hold it’s own and fill out the space it was occupying. Also the writing process was streamlined. No bullshit, no waffling on, no indulgent wanking (ok, there’s plenty of wanking, but it’s always over quickly), soundscapes, all that redundant shit. Just the meat and potatoes, the bangers and mash, the steak and kidney, the mushy peas and caramelised onions, in and out, lock the back door cos we’re closed for the winter solstice.

You’ve relocated to the UK for the time being – what have been your first impressions of the country, and living in London?
I’ve found people are generally polite, well mannered, groomed, smell good, drink tea, and speak English.

London is great fun. I’m still quite fresh so there’s a lot for me to explore yet which is exciting. I’ve never had weather effect my mood like it does here though. Sometimes I feel like a teenage girl with a drinking problem going through puberty.

Your first ever UK show took place on Thursday. How did it go?
It was a great old little shindig. We played in the darkest, sexiest, most infamous clubs in London. Everyone kept saying stuff like, “Jimmy Hendrix did this here, and Bowie did that there, and well, why are you guys playing here again?” It was an honour to defile such holy ground!

If you had to choose one song lyric to sum up Gubba, what would it be?
“Adventure Time, C’mon grab your friends, we’ll go to very distant lands, with Jake the Dog and Fin the Human, the fun will never end, it’s adventure time.”

Gubba is released on August 25th via Popfrenzy/Caroline.