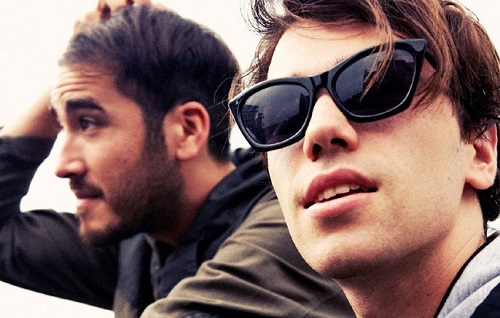 JAGWAR MA have revealed the video for upcoming single ‘Uncertainty’, to be released on March 3rd. The single is taken from their critically acclaimed album Howlin, which finished 2013 as one of the most highly praised records of the year, earning glowing reviews from both writers and fellow musicians.

Creating sounds that haven’t been heard in the last two decades, Jagwar Ma have successfully fused together the genres of dance and guitar to create something out of this world. And with Noel Gallagher telling NME last year, “The future of the galaxy depends on the Temples and Jagwar Ma records,” it’s a good job it didn’t disappoint.

In a summer which sees them performing at the BBC 6 Music Festival as well as a major set at the Secret Garden Party, it’s safe to say that the sky really is the limit for the psychedelic Australian duo.

‘Uncertainty’ is released on March 3rd.