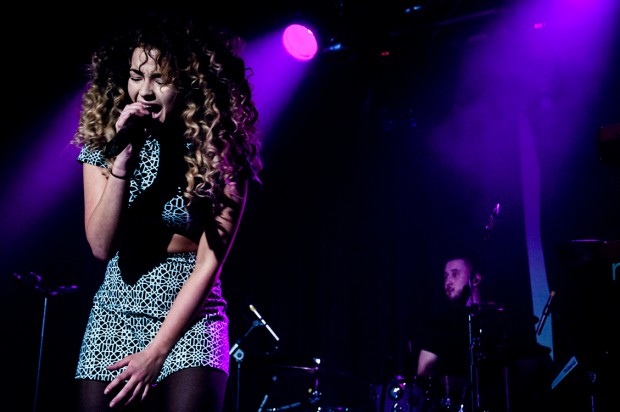 Launch parties are normally only reserved for something big. With an early start for the first line-up announcement of the tenth year anniversary of Wireless Festival, it was instantly understandable why they wanted a party to celebrate. Kanye West, Drake and Bruno Mars are set to headline the event, which for the first year will be held in dual sites in Finsbury Park, London and Perry Park in Birmingham.

The Birmingham leg is the first for the festival outside of London and the celebrate; champagne , goodie bags and a ‘secret guest’ descended on the cities O2 Academy venue to officially launch the event. With posters of previous events scattered across the venue, it was evident just how strong this years line-up is; with Ellie Goulding, Pharrell Williams and Rudimental also on the bill.

With various DJs playing the event throughout the evening, it was the performance of Sound of 2014 shortlister Ella Eyre which stole the occasion. Confirmed for the summer event, she entered the stage with her four-piece backing band and launched into ‘Don’t Follow Me’. The crowd, which was made up of competition winners and VIPs were instantly blown away by the huge vocal performance. The first real highlight of the short set was Ella’s latest single ‘Deeper’. The track, which was released at the end of 2013 demonstrated the force of her voice, as she bounced across the stage.

Towards the end of the set, the singer paused to talk to the crowd. The singer shot to fame in 2013 for a collaboration with break-through act Rudimental, who will also be joining her on the bill for Wireless Festival. She encourage the crowd to sing along, interacting and fist-pumping as ‘Waiting All Night’ began; note perfect from the band, it was a perfect performance. The crowd, who shouted and danced along kept up the energy for the singers final track ‘Worry Bout Me’.

In just a few months time, Ella and her band will be standing on a stage much greater than this just a few miles north. This was a brilliant launch party to really kick start the 2014 Wireless Festival campaign – major festivals in the UK, you’ve got some serious competition here.