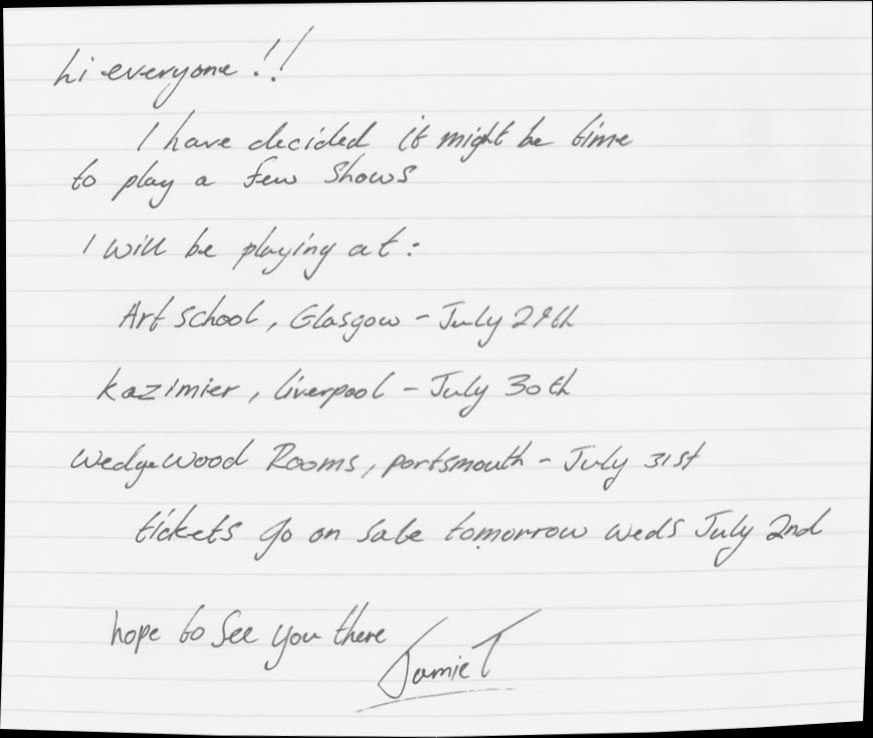 JAMIE T has announced a trio of intimate UK dates for later this month. The singer is currently writing the follow-up to his 2009 album Kings & Queens; which featured the single ‘Sticks n Stones’. The dates will kick off in Glasgow on 29 July; before Jamie will travel to Liverpool and Portsmouth before the end of the month.

The dates were announced on his official website by a handwritten note, which can be seen above. In it, the singer says:

Hope to see you there[/quote]

No further word has been announced regarding the new album; however tickets for the newly announced shows will go on sale tomorrow (02 July) at 9am.

Jamie T is set to play: