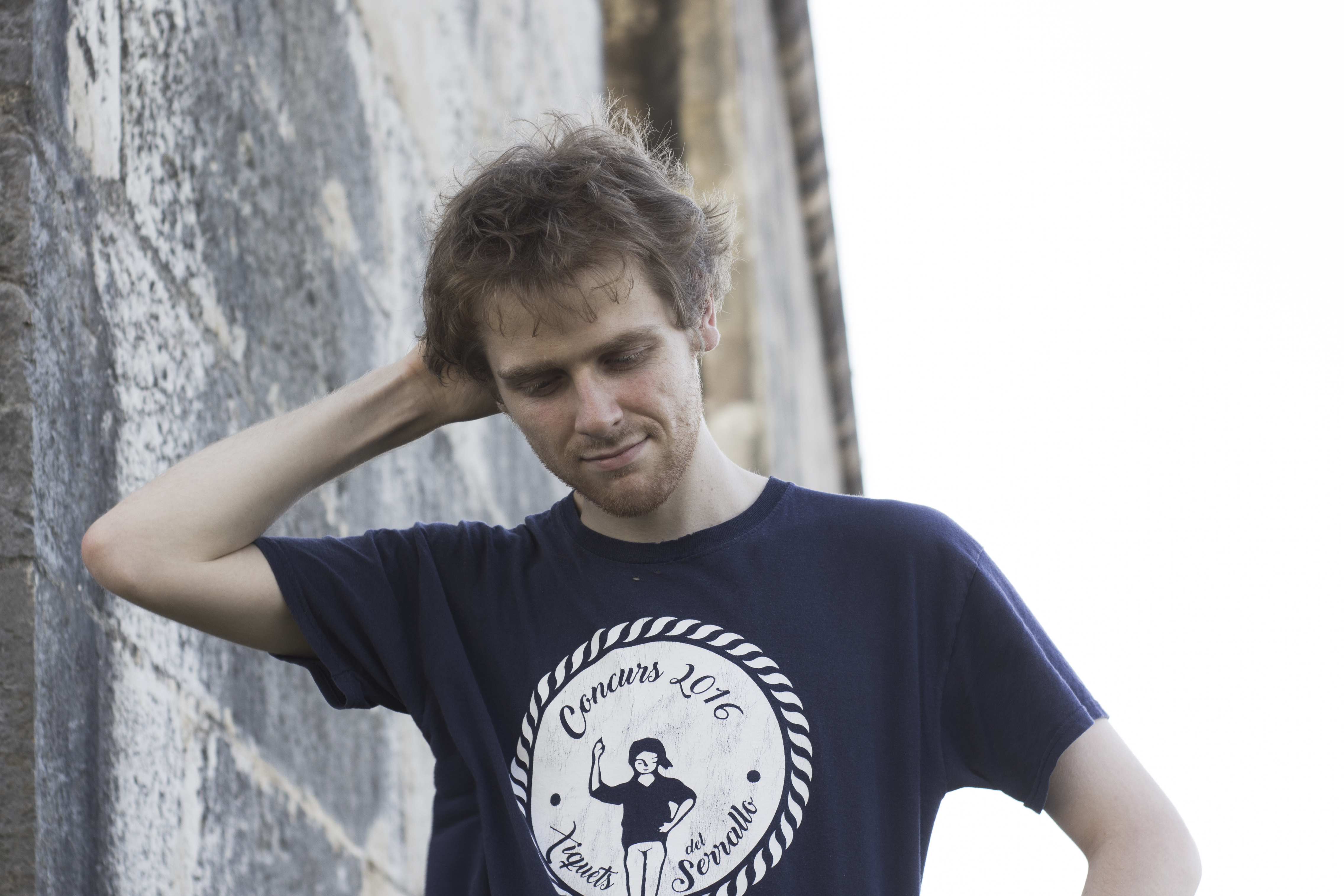 On 13th May 2017, the Pope visited Portugal to mark the centenary of the Marian apparitions and Fátima and to participate in the canonisation of two of the shepherd children she appeared before, Francisco and Jacinta de Jesus Marto.

Kiran Leonard went, took many photographs, and made a music video for ‘Living With Your Ailments’, exploring the topic in conjunction with the subject matter of the song at hand, which is about the philosophy essays of Albert Camus.

The video is about doubt and faith and their inbetweens. Its themes are expanded on in an accompanying essay called ‘Something Beyond Reason’ which you can read on Scribd now.

Backed by a string trio, he will perform the singles ‘Living With Your Ailments’ and ‘Could She Still Draw Back?’ live in session with Lauren Laverne on BBC Radio 6 Music tomorrow.

Tomorrow (20th September) also marks the start of a short tour – on which he’ll be accompanied by the string trio to perform Derevaun Seraun in full – with a special evening at London’s St. Pancras Old Church when there will be two performances (at 7PM and 9PM).

Read on for a full list of tourdates, and for Leonard’s statement on ‘Derevaun Seraun’.
[quote style=’1′ cite=”]“DEREVAUN SERAUN” is a piece I wrote a couple years back in five movements for voice, piano and string trio. Each movement is written about a different piece of literature, exploring the value I see in each work and the impression it has made on me, and there is nothing more to it than that. The pleasure of books – of good verse and stories and ideas – is a very simple thing, and I felt that some lofty unifying theme for the entire piece would be a betrayal of that belief. I think that when a work resonates with you it is an instinctive response to something. You can be taught to understand a challenging book, but not to feel affection for it; I think a lot of conversation around art, especially around literature, sometimes forgets this. In my experience, the art I like the most, irrespective of its ‘difficulty’, is the art I can advocate most directly and plainly, and about which I can say: “I read this piece and now I do not read or think in the same way that I did before”, or: “This is a story that I could not explain to someone; I do not understand it word-for-word, yet I feel like innately I understand the whole, and that the whole spoke to me”. This is a piece about five books that I like and why I like them.”[/quote] – Kiran Leonard

Derevaun Seraun tracklisting
I. Could She Still Draw Back?
II. Living With your Ailments
III. A Particle of Flesh Refuses the Consummation of Death
IV. The Mute Wide-Open Eye of All Things
V. The Cure for Pneumothorax

Kiran Leonard, the 22 year old musician from Saddleworth, Greater Manchester came to predominance with the release of debut record proper ‘Bowler Hat Soup’ in 2013 when he was still just 17 years old. A double album, ambitious in scope, it boasted three BBC Radio 6 Music-playlisted singles, as did its follow-up ‘Grapefruit’ in 2016.

Both albums were featured as an Album Of The Day on 6 Music. Leonard has performed live several times on both Lauren Laverne’s and Marc Riley’s 6 Music shows, as well appearing on BBC Radio 4’s Front Row programme. His music has been compared to, among others, Dirty Projectors, Slint, Swans, Deerhoof, Jeff Buckley, Rufus Wainwright and Jim O’Rourke.