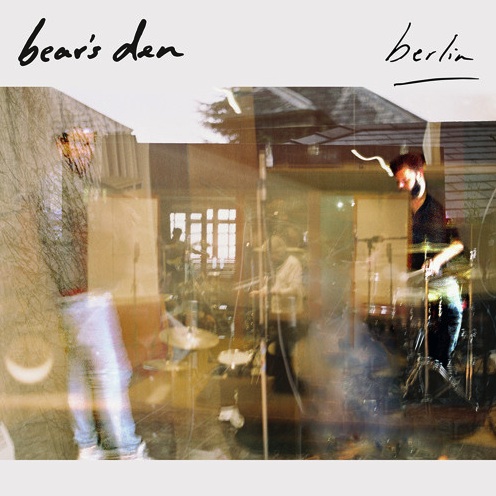 New Releases Watch//Listen//Download
09/12/201618/12/2016 Glenn bear's den, Benjamin Francis Leftwich, Berlin, bethnal green, christmas charity show, Download, freddie cowan, justin young, Lucy Rose, matthew & the atlas, new song, reflective, seramic, st. john's, surprise, the vaccines
Bear’s Den have today released a surprise new song in advance of their special Christmas charity show next week. The song, ‘Berlin’, was written during sessions for the band’s Top 10 album, ‘Red Earth & Pouring Rain’, and was recorded last month when the band had a short break in a hectic year of touring.
A beautiful, reflective song, its atmosphere befitting the season, ‘Berlin’ comes as a surprise for Bear’s Den fans all over the world. Andrew Davie says, “We’re so excited to be sharing “Berlin” with the world. It’s a song we started writing a year ago and finished writing over the last few days of our last tour. Feels like a small way for us to say thank you to all the people who’ve supported us all over the world over the last year and made it such an incredible year for us as a band.”
As previously announced, Bear’s Den return to London next week (Thurs 15th Dec) for a very special show at St John’s, Bethnal Green.  All proceeds from the night will go to Support Act, an initiative that supports two refugee charities, Refugee Action and Road To Freedom.
The show, which sold out within 24 hrs, will see the band perform their own songs and specially arranged Christmas numbers, joined by an orchestra plus other featured performers. Special guests announced so far include: Lucy Rose, Justin Young and Freddie Cowan from The Vaccines, Marcus Foster from Seramic, Matthew & The Atlas and just announced Benjamin Francis Leftwich.
Says Davie, “Hearing about all the work Road to Freedom and Refugee Action have been doing to help refugees has been incredibly inspiring and working together with Support Act just felt right as an idea that couldn’t be more deserving of support. We wanted to curate a really special and unique night with some of our favourite artists who’ve inspired us so much over the years, all playing together with an orchestra on hand as well to get behind the cause to try and raise as much money as possible. It’s gonna be a really fun night!”
www.support-act.co.uk
The St John’s Bethnal Green show will be Bear’s Den’s 350th show and their last show in a year that has seen the group play sold out headline dates across Europe and the US, including their celebratory turn at London’s Brixton Academy last month. The band return for a European headline tour in the spring that will culminate in a show at Hammersmith Eventim Apollo on 5th April.
Bear’s Den will play:
March
20th – Limelight 2, Belfast
22nd – Lemon Grove, Exeter
23rd  – O2 Academy, Oxford
24th – Tramshed, Cardiff
26th – Leadmill, Sheffield
27th – Riverside, Newcastle
29th – O2 Academy, Glasgow
30th – O2 Apollo, Manchester
31st – Rock City, Nottingham
April
2nd – O2 Academy, Leeds
3rd – O2 Guildhall, Southampton
5th – Hammersmith Apollo, London
Tweet