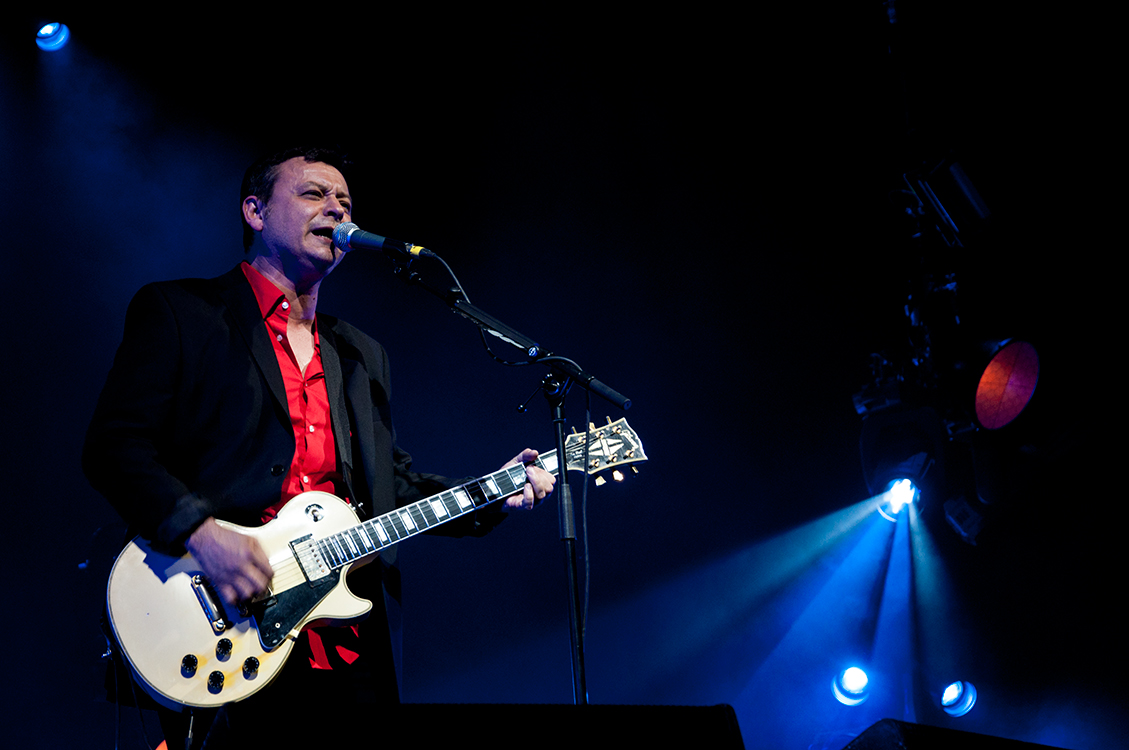 The boys from Blackwood are back on a UK tour in support of not one, but two albums. Last years’ acoustic delivery ‘Rewind The Film’, and the forthcoming ‘Futurology’ – scheduled for a June release. Playing a homecoming show is always a special event in the world of the manics. Throughout the years they have had their ups and downs with themselves more than nayone, but tonight, they come out all guns blazing. A sold out, 7500 capacity venue is nothing to be sniffed at. Some bands can pull it off, others can’t.

The proceedings kick off with the wonderful Wolf Alice taking to the stage. The manics have always had a decent run of support acts and tend to pick the best of the newer bunch when they can. In the past this has included the likes of Stereophonics, Elbow, Mansun, The Enemy and Kids in Glass Houses to name a few. Wolf Alice are still relatively new to the scene but having supoorted The 1975 across the UK seem to be brimming with confidence. Led by the wonderful vocals of Ellie Rowsell and backed by Theo Ellis, Joff Oddie and Joel Amey, they seem to go down well with the often critical Manics fan base. Opener Moaning Lisa’s Smile gets a good reaction from the audience and singles Bros and Blush go down very well. Set closer Fluffy sees a mini mosh in one corner of the audience too.

Having last played Cardiff in May 2011, a return by the local heroes has been long overdue. The band arrive on stage after a short video and instantly kick off with a frought rendition of Faster. This pleases the masses as it means that the band are on a mission and want to create impact. Next up comes possibly one of the best versions of Your Love Alone Is Not Enough they’ve played for a while followed by the modern classic that is Motorcycle Emptiness. The latter seeing guitarist and vocalist James Dean Bradfield playing one of the best solos he’s pulled out in a very long time.

The night is filled with classics, the likes of Everything Must Go, You Stole The Sun From My Heart, Enola/Alone, the rarely played Love’s Sweet Exile and a wonderful rendition of last year’s single Show Me The Wonder which tonight is dedicated to the star of the video Miss Tori Lyons who is in the venue tonight. A nice surprise for thise in attendence was between Rewind The Film and Show Me The Wonder when Sean Moore’s snare drum broke and needed to be changed, James launches in to a cover of Frankie Valli’s Can’t Take My Eyes Off You which literally sees the entire room join in and elevate the mood even more in a wonderfully euphoric way.

James’ traditional solo spot mid set tonight is a wonderfully relxed affair. We get a new version of From Despair To Where which has only been done acoustically once before and a lovely This Sullen Welsh Heart where he is joined by a moody synth sound played out by touring musician Nick Naysmyth. Upon returning to the stage the strangely quiet Nicky Wire has had his traditional dress change and is sporting a custom sailor suit and starts his witty banter. This is then put aside as the band tear into another from ‘The Holy Bible’ in the form of Archives of Pain. Again, James’ guitar playing on this excells his usual standards.

Tonight we are also treated to two new tracks fromt he forthcoming ‘Futurology’ album. We are given the title track which is the long overdue duet between James and Nicky and sounding very military and experimental. Prior to this in the first half, we also had the German inspired Europa Geht Durch Mich which is by far the catchier of the two. Both seem to show a new sound the Manics have previously flirted with on both Lifeblood and Journal For Plague Lovers. With the June release approaching, anticipation of the new material has just been elevated higher.

Highlights in the last section of the gig include a stunning Masses Against The Classes, a loud You Love Us and Tsunami. From last year’s ‘Rewind The Film‘, we are given a tense and biting version of 30-Year War backed by a wonderfully powerful video containing old news footage of the local Welsh Coal Mine closures from the 1980’s which backs up the lyrical content perfectly. One thing that needs to be said, is the production that has gone in to this tour is incredible. The lighting is great but the highlight is the wonderful video montages played out across the giant video screen behind the stage. All directed by Keiran Evans, it shows a wonderful partnership between the video artist and the band to great effect.

Motown Junk sees the both the band and the audience blow the roof off the Arena. James plays the Welsh National Anthem that seeminglessly segues into the opening riff as Sean Moore’s thunderous drumming and Nicky Wire’s bass both tear in. The final moments of the gig sees a wonderful and very emotional performance of A Design For Life. The song that made them what they are today after the disappearance of Richey. The song is euphoric and unites band, audience and those not with us presently. Played with nothing but passion it is the perfect ending to tonight.

Keeping up their “We don’t play encores” routine, the lights go up after the band disappear and the audience is still in joyous mood. With performances like this, and on home turf, it is wonderful to be a part of their history. With the forthcoming album, festival dates and tonight’s clarification of further dates in the autumn, the Manics are back and believe me, they are on a mission.