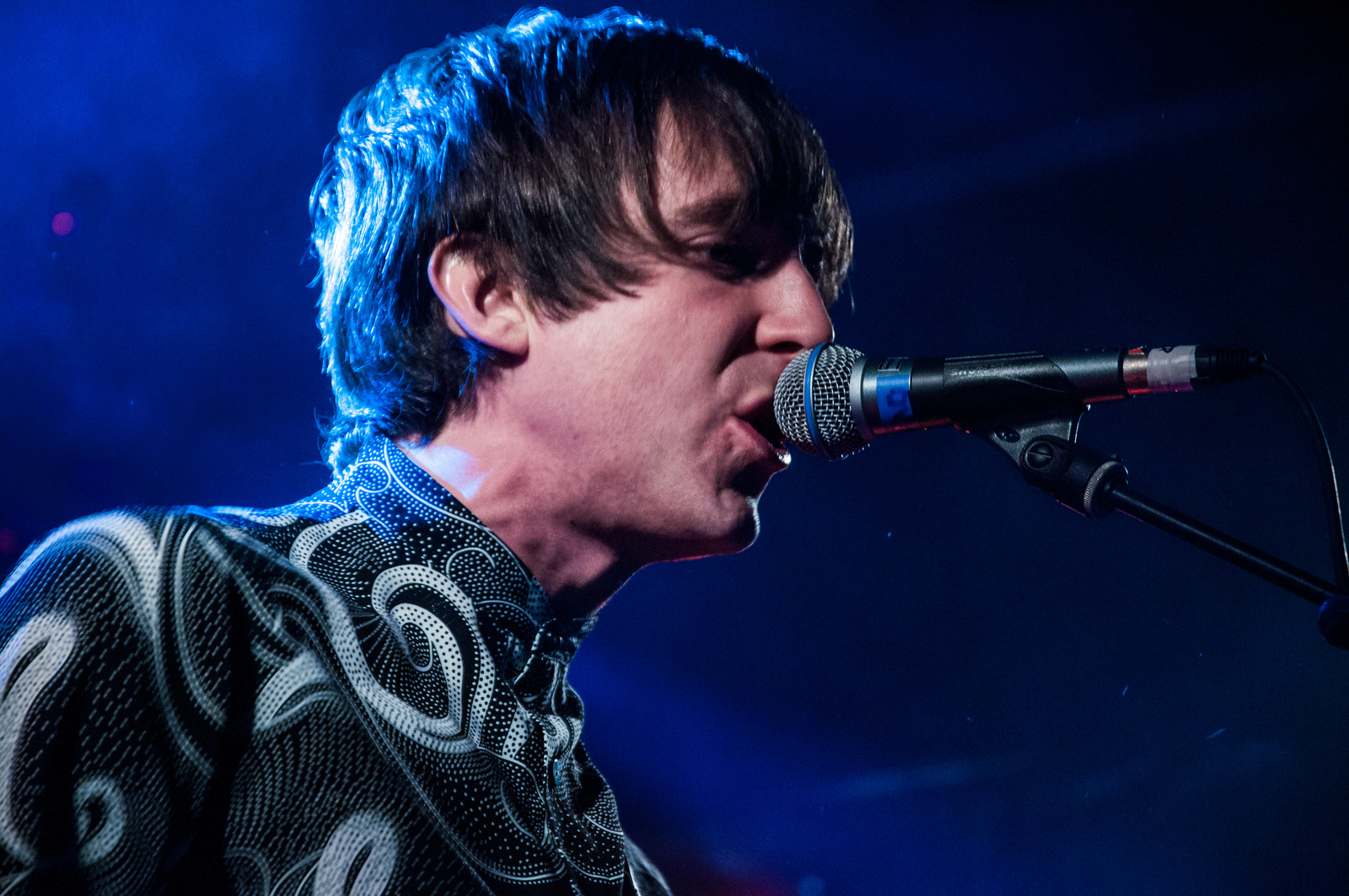 Whether it was the fact that two days prior he had supported the Stone Roses at London’s Finsbury Park, the fact his second album had crashed into the charts the week previously, or a mix of the two, Miles Kane arrived on stage at the Roadmender in Northampton full of confidence and on fire. Arms aloft and screaming out to the audience, he preceeded to lift up his guitar and lauch effortlessly into a frought version of ‘You’re Gonna Get It’.

The room was full of energy having been worked up by local lads ‘An Ary of Lights’ and the stunningly pretty Findlay, both providing wall to wall rock n’ roll entertainment of the highest order.

Kane says very little to begin with but lets the music talk for him. His confidence is a delight to see. Ever since his days in The Rascals he’s had a spark about him. The Last Shadow Puppets project with Alex Turner brought him into the limelight and following his debut album, he’s been playing like he still has everything to prove. If you ever read this lad, you don’t have anything to prove to anyone, but keep the show going just as you are. It takes people years to find their footings and then get the confidence to run alongside it, you’ve already got that.

‘Rearrange’, ‘First of My Kind’ and ‘Quicksand’ cause massive stirrings amongst the young audience tonight, but the biggest cheer so far goes as soon as the riff to ‘Inhaler’ kicks in, which is no surprise. The room is bouncing from front to back, side to side as he picks up pace and performs with vigour and electricity. As the set reaches a fever pitch we get ‘Darkness In Our Hearts’ and ‘Taking Over’ from the new album mixed with old favourites ‘Counting Down The Days’ and set closer ‘Come Closer’ which to my ear seems to sample The Verve’s ‘Come On’ in the intro, however I don’t think anyone else got the reference.

The one thing with Miles’ new album material is that it has blended in so effortlessly with the older material. Tracks like recent single ‘Give Up’, ‘Better Than That’ and opener ‘You’re Gonna Get It’ sound so familiar you’d be forgiven for being a part time fan and not knowing. The encore sees Miles return to the stage alone. He lifts up a can declaring that he “wasn’t going to have a drink tonight, but you’re a mental crowd I just had to celebrate with you!” before playing an acoustic rendition of ‘Colour of The Trap’. Once again, the whole room joins in and are singing along word perfect, acting out a small call and response helping to bring the song to a stunning close. Kane signs off with a new track, title track of the new album, and another that sits so perfectly. ‘Don’t Forget Who You Are’ is almost an order to everyone. Be unique, be yourself. Miles, that’s exactly what you’ve done to yourself, it’s how you’ve shown us to be. See you down the front next time!

For photos of the night, please check here: Miles Kane and Findlay