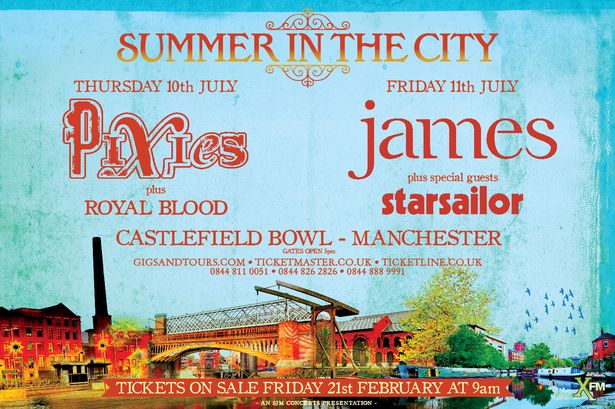 PIXIES and JAMES have been announced as headliners for Manchester’s Summer in the City festival, taking place across the 10th and 11th July 2014. The new two-day music event will take place in the city’s Castlefield Bowl, and will also feature Brighton’s Royal Blood and noughties acoustic-rock hold-overs Starsailor. This is the second festival that Pixies will be headlining in the UK this summer, following their slot at Field Day in London on June 8th.

James’ single ‘Come Home’ was recently voted the second greatest Manchester anthem of all time by readers of the Manchester Evening Standard.

Tickets go on sale Friday 21st February at 9AM.