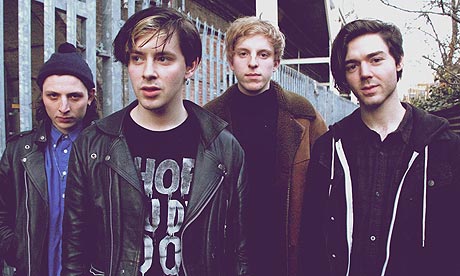 The six-minute song sees a mix of influences from New Order and Primal Scream combined with spoken and softly rapped lyrics. Together this creates a semi-dance vibe in what can be described as a modern ode to World Peace. Lyrics include the lines “please don’t send me off to war/that’s not what my body’s for”.

[quote style=’1′ cite=”]We’re thinking a bit more. So in terms of songs, the first record was just me shouting and emotional vomiting. This one is more the world being chewed up and spat out again. I feel strongly about this record and it seems like its going to be really good.[/quote]

Peace are set to embark on a UK tour in May.