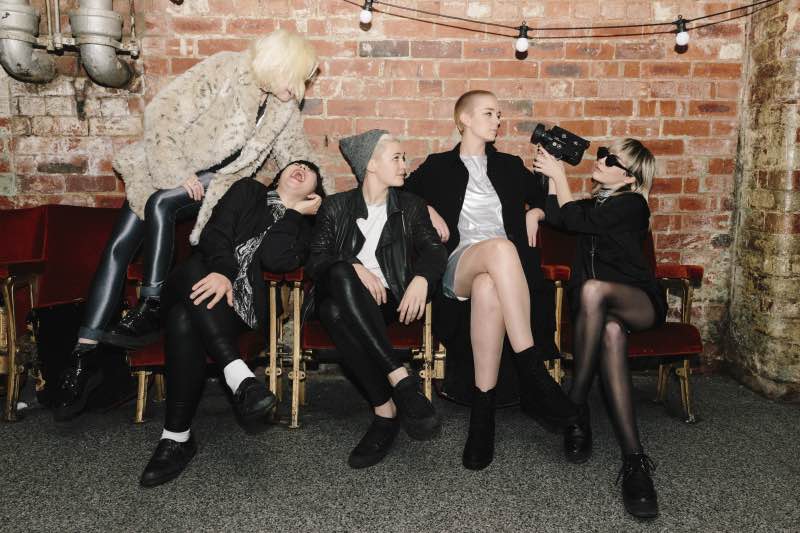 Manchester all-female five-piece PINS have announced a UK tour for April 2017 commencing in Cardiff and culminating in a home town show in Manchester.

The last two years have seen packed out touring schedules for the band, supporting the likes of Sleater-Kinney, Drenge, The Subways, Best Coast and most recently Honeyblood, aswell as perform their own headline gigs and shows at festivals including SXSW and Secret Garden Party. They have just announced a UK tour in April next year and tickets go on sale this Thursday at 10am.

Following the release of their acclaimed second album Wild Nights last year, PINS have been back in the studio, where they have collaborated with the legendary Iggy Pop, and will be releasing new music soon, with tracks available to download in February. Iggy Pop says;

“I’ve got a session with a bunch of girls from Manchester called PINS. They sent me a good song and they’re looking for a narration in it, and I liked their music and their picture, so I’m doing that.”