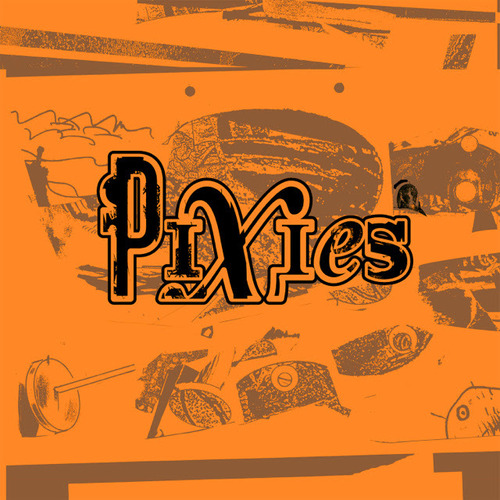 PIXIES have confirmed the details of their forthcoming album, Indie Cindy. The album will be their first full-length studio album since Trompe Le Monde in 1991. The announcement arrives with the release of EP3, the final instalment in their latest series of EPs.

The album was recorded with producer Gil Norton who worked with the band on their last three albums, Doolittle, Bossanova, and Trompe Le Monde. Recorded in October 2012, it is the band’s first album without their original bassist and co-founder, Kim Deal. After Deal’s somewhat rocky departure from the band last year Simon “Dingo” Archer played bass for the record in studio, although drummer David Lovering admits that “Basically, no one can replace Kim Deal. It would be impossible to do.”

The record is due to release on April 28th, and will compile the 12 tracks from their already released EP’s duly entitled; EP1, EP2, and EP3. The album also invites graphic artist Vaughan Oliver back to design the cover art, having created the artwork for Pixies’ past records.

Indie Cindy will be available in a variety of limited edition formats, including CD, expanded digital download, and a gate-fold album pressed on 180-gram vinyl with bonus live material. Pixies will also be participating in Record Store Day by offering a special limited edition, two-disc, deluxe gate-fold, 180-gram vinyl set a week ahead of the official release date. The exclusive set will only be available from independent record stores which have chosen to participate in Record Store Day.

Indie Cindy will by released by Pixies’ own independent label, Pixiesmusic.