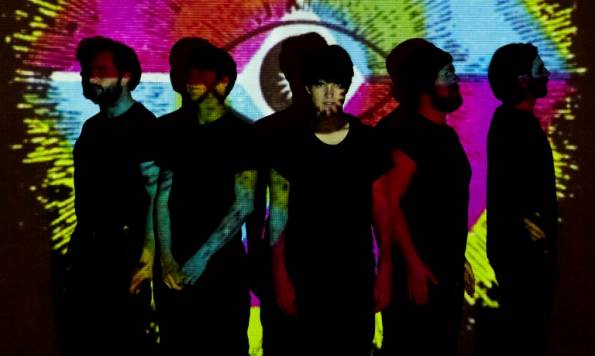 PORTASOUND don’t do things by halves. Fusing soaring melodies, driving rhythms and wonky riffs they’ve created a genre bending soundtrack of instrumental electronica to accompany their own fictional narrative. Influenced by folk legends, classic novels and film narratives, they create a sense of filmic purpose in each of their songs.

‘The Second Renaissance EP’ is the band’s attempt to bring these narrative influences to life. It contains the story of a great cataclysm, the ensuing battle between light and dark forces, the creation of a rebellion and the birth of the hero.Brace yourselves for a high-speed 22 minute sonic journey atop a giant synth with the legs of a horse and head of a Minotaur!

Portasound have already played shows with the likes of Metronomy, The XX, Friendly Fires and Three Trapped Tigers and now is the time for their first release. The conceptual artwork has been created by Robert Evans of Telegramme Studio and hints at hieroglyph style images that document the four parts to the story, each track with its own unique image. It is available on limited edition handmade cut-cover slipcases by the world’s greatest custom packaging designer, ACDSleeve.