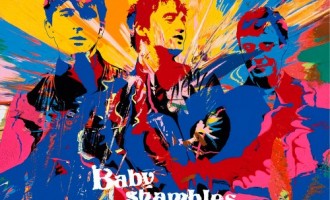 Babyshambles – Sequel to the Prequel

A fantastic return from one of British rock's most divisive figures. Definitely one for the fans.

Paramore come of age after a turbulent twelve months.

A welcome return to form from the gravel-voiced Welsh rockers.

A stunning return from the Welsh Band, promising big things for the sophomore album.

An underwhelming song that fails to reach the bar set by Muse's earlier triumphs.

Marika Hackman – By Owen Richards There’s a violence to the countryside, encapsulated in the sumptuous prose of D.H Lawrence’s in which metaphors engorge and heighten into states of pure ecstasy. A fantastic and virulent...

Dance beats and quick lyrics make this a welcome return to form for the Reverend and crew.

A classic cover of a classic band by a classic artist. What more could you want?

A satisfying mix of riotous riffing and thunderous drumming. Rock heaven.
Next
Page 1 of 2