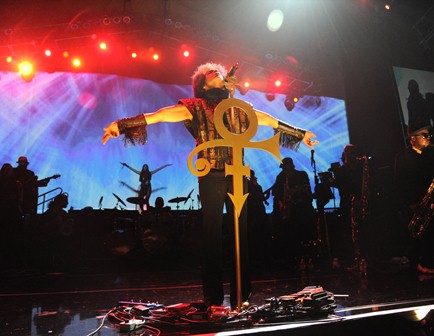 Mega-star PRINCE has announced another short notice gig to be held tonight at Shepherds’ Bush Empire in London. The news was revealed exclusively via an interview on BBC 6music’s Cerys Matthews show.

Tickets are only available on the door and reports are that queues are already forming.

Prince is currently in London in support of his new band 3rdeyegirl and their debut album ‘Plectrumelectrum’. The campaign kicked off with an intimate show in Lianne LaHavas’ front room followed only hours later by a full show at the iconic Koko venue in Camden.