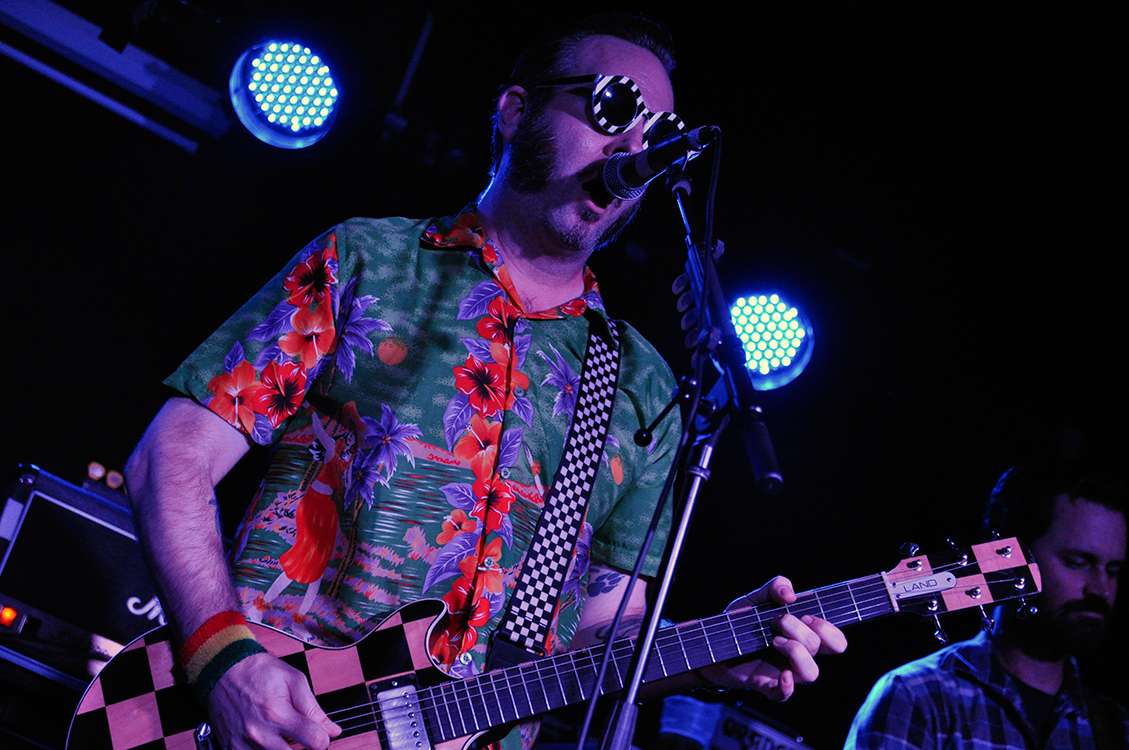 American Ska Punk band Reel Big Fish hailing from Huntington Beach, California, best known for the 1997 hit Sell Out burst onto stage at The Slade Rooms, Wolverhampton to a triumphant roar from the crowd and burst into track Everyone Else Is An Asshole. The crowd singing every word back to them with a sea of skanking to boot follows this entrance to a packed out venue.

Reel Big Fish play crowd favorites such as; She Has A Girlfriend Now, Monkey Man, Beer and the ever popular cover of Ah-ha’s Take On Me.

Joining Reel Big Fish on stage for a duet of I Know You To Well To Like You Anymore was Emma May, vocalist of ‘The Jellycats’ who joined the band on tour as support along with ‘The Magnus Pluto’.

All bands performed energetic sets but the highlight of the show was evident when Reel Big Fish performed second encore song Sell Out, there was not a still person in the venue and it gave a more vibrant atmosphere to the show, more than that of Aaron Barrett’s famous Hawaiian shirts. Reel Big Fish are defiantly a band to see and experience live.