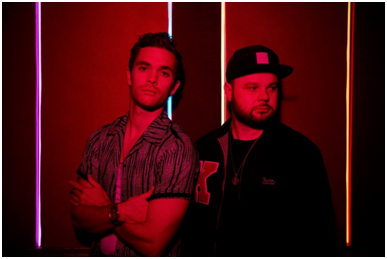 Royal Blood will be heading out on a huge 2022 UK arena tour starting tomorrow in Bournemouth. It includes their biggest headline show to date at London’s The O2 and represents their first full UK tour since 2017, when they sold-out three consecutive nights at London’s Alexandra Palace. Royal Blood will be joined by special guests, The Amazons.

Royal Blood commented, “Playing live is the DNA and sole purpose of our band. On stage with our fans is where we belong, and we cannot wait for this tour to be a reality!”

From ‘Trouble’s Coming’ to ‘Boilermaker’, Royal Blood’s recent releases are making a phenomenal impact. After three consecutive Hottest Records courtesy of Annie Mac at Radio 1, another 50 million streams and the biggest North American airplay of their career. The band last year released their third album ‘Typhoons’ which went straight to the top of the Official UK Albums Chart.

The Amazons are one of the UK’s most exciting bands and have two Top 10 albums under their belt. Their 2017 self-titled debut album reached heights of #8 in the official chart and the release of ‘Future Dust’ in 2019 then lead to two prominent singles ‘Doubt It’ and ‘Mother’ hitting the Radio 1 A-List. Performing and selling out venues across the world, the band will join Royal Blood on all dates.

Royal Blood – plus special guests The Amazons – will be playing the following UK dates:

Remaining tickets are now on sale.