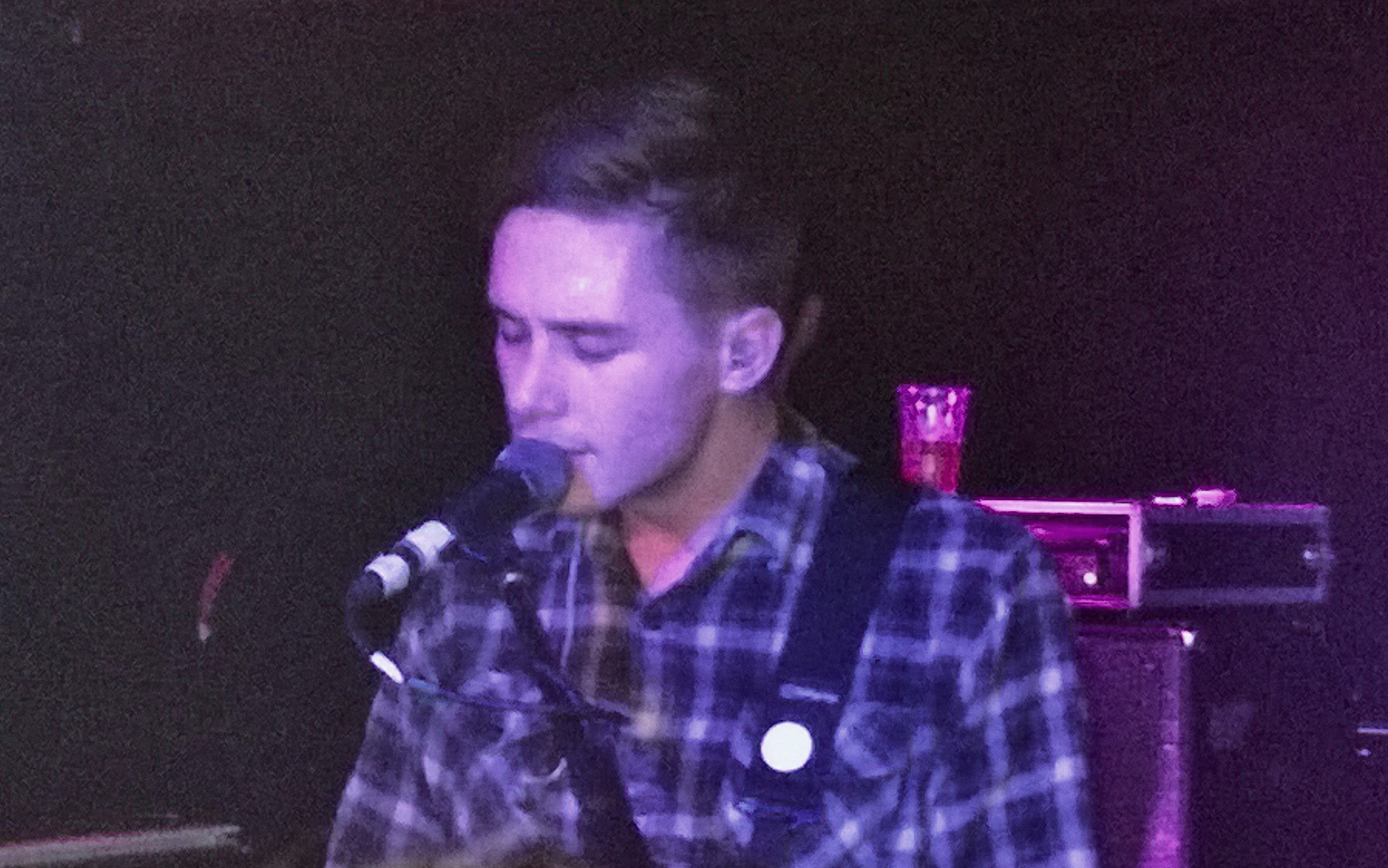 Beneath the vaulted brick ceilings of The Flapper & Firkin’s basement room, a large, excitable crowd has gathered. Outside, the tranquility of what has been a beautiful day continues unbroken, the pub’s canal-side location only adding to the prevailing sense of calm that has settled over its patrons. Downstairs, however, the buzz is electrifying. Perhaps it’s something to do with the darkness, the low roof that only intensifies the atmosphere in this already packed-out room, but there’s an ever-increasing excitement for tonight’s impressive line-up. With all three bands having played Hit the Deck festival last weekend, there’s every chance that tonight is round two for some of the gig-goers here. Either way, they’re in for a special evening.

Sheffield-bred indie/emo outfit Nai Harvest are a fascinating live prospect. Their whole performance creates a slowly-mounting sense of chaos, and on this occasion, not entirely an intentional one. They make up for the occasional duff note with a raw, provocative live sound that is less about technical perfection, and more about having a great bloody time.

While drummer Lew Currie smashes his way through some truly riotous rhythms, guitarist and lead singer Ben Thompson throws himself around the small stage with admirable energy. Opening with the supremely catchy ‘Whatever’, they play their recent Hold Open My Head EP in full, as well as picking a few choice selections from their 2013 debut. ‘Rush’ is delivered with a careless punk energy, while ‘I Don’t Even Know’ feels more like the hazy scuzz pop of Jaws or DUMB.

When, during ‘Pastel’, Thomson’s guitar strap breaks in two, the sight of his guitar crashing to the ground almost feels like a part of the performance (although he assures the crowd this has never happened before). Fortunately, a borrowed guitar later the performance can continue to its frenetic climax, as the pair storm through the rousing ‘Hold Open My Head’.

SEAHAVEN are a long way from their Los Angeles home as they take to the stage tonight, but their music seems far more suited to our own melancholic climes than the sunny shores of California. Standing towards the back of the stage with their backs to the crowd, they launch straight into the punchy opening chords of ‘Goodnight’, and from that moment the audience are all theirs.

Pulling mostly on material from their most recent album Reverie Lagoon: Music for Escapism Only, their set has the crowd enraptured, nodding their heads and singing along for the entirety of their hour-long set. The gentle chords and murmuring vocals on ‘Andreas’ break them in gently, before James Phillips’ bold drum beats lead on into a brilliantly atmospheric rendition of ‘Love To Burn’.

The dynamic changes that the band play with so well on record make an incredible impact live. On ‘Black and White’ their three guitars and bass combine to create a truly ground-shaking assault of power chords, while vocalist Kyle Soto rips his way through the song’s agonizing, self-reflective lyrics. The frenzied distortion of ‘Save Me’ unleashes yet another wave of energy, thanks in part to its simple but brilliant chorus. “I know you said that I can’t be trusted. I need your faith, I’ve grown maladjusted” they shout out, and everyone else shouts back.

Not everything is about power and overdrive, though. On tracks like ‘Silhouette (Latin Skin), they possess a subtle vulnerability that has the audience enraptured. At times like this, the band feel self-reflective to the point that it’s sometimes hard to tell if they know anyone is watching them. They often retreat to the back of the stage, their backs to the crowd, creating an almost voyeuristic sensation for the crowd. Between songs, however, the effusive (if slightly awkward) thanks Soto gives to everyone lets them know that he knows they are there.

Seahaven’s performance tonight is a perfect blend of human weakness and dynamic strength, of lyrical fragility and musical prowess. With their emotive writing style and heart-stopping dynamics, it’s easy to imagine how well their sound would fill a bigger venue. For the lucky few here tonight, crowded into a basement next to one of Birmingham’s famous canals, that matters little. What matters is the mesmerizing show they’ve just been able to witness. Now to start counting down to the next tour.