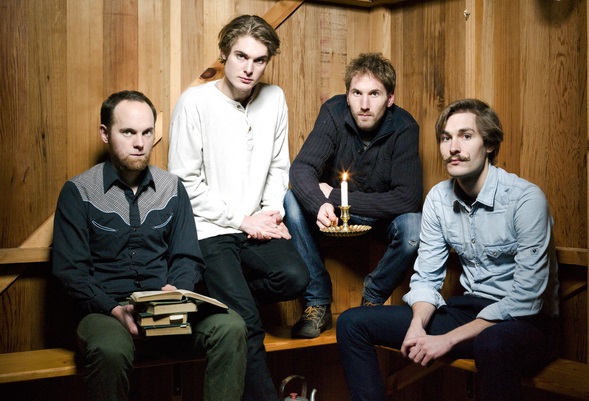 Oxford folk collective STORNOWAY have announced that they will be releasing a new album early in 2015. While details around the album’s title and material are as-yet unknown, the band have revealed that this will be their first album recorded with an external producer.

Stornoway have previously recorded and produced all of their music themselves, this time around they will be working with Gil Norton, a producer whose impressive credits include Pixies, Foo Fighters, and Patti Smith. They plan to premiere some of the new material at their upcoming Roundhouse Summer Sessions show on August 13th, but until then their new sound, which according to the band possesses “the usual range of striking instrumentation, arrangements, and wild imagery, but with a fresher than ever outdoor pop simplicity”, is remaining mostly under wraps. Some song titles have, however, been revealed:

To help in the production of the album, Stornoway have launched a PledgeMusic campaign, where fans can contribute to the costs of producing the album. Artists including Rufus Wainwright and Interpol have recently used the platform as a means of funding their albums and projects. To find out more, click here.

Stornoway are confirmed for the following dates this summer: