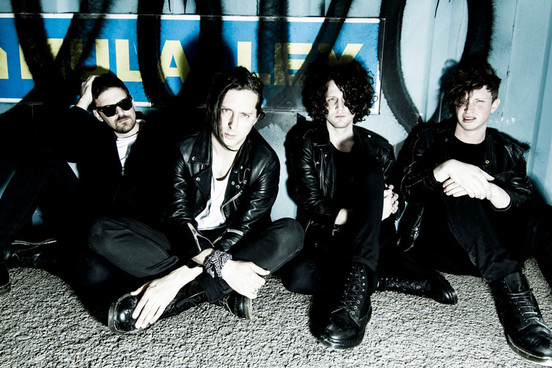 Carl Barats’ new band THE JACKALS are to to play their first UK show in May. The ex-Libertines and Dirty Pretty Things man posted an advertisement on Facebook to recruit a bass-player, drummer and rhythm guitarist for the new band.

Barat received over 1000 applications for the positions; however he selected guitarist Billy Tessio Guitar, bassist Adam Claxton and drummer Jay Bone. They are set to make their live debut at the XOYO in London on 15 May. The singer has announced said he expects the bands debut album to be released in September; however no official word has been given.

The musician and actor is currently recording his lead role in the new French movie ‘For This Is My Body’.

The Jackals are set to play: