Thomas White – ‘King Of The Kingdom’ 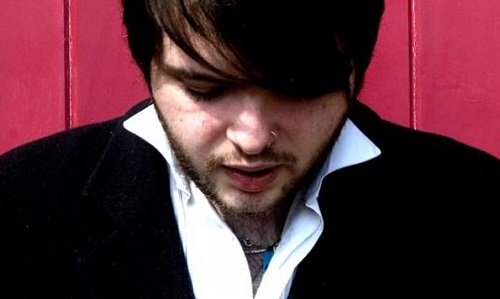 THOMAS WHITE‘s new video for the single ‘King Of The Kingdom’ has been unveiled (you can see it below) It taken from his 3rd LP ‘Yalla!’ out March 19th via Bleeding Heart Recordings.

Obliquely touching on the untimely death of Thomas and his brother (and The Electric Soft Parade band member) Alex’s mother in 2009, explicitly referencing Brighton people and places, and dealing unflinchingly with issues of sexuality and identity, “YALLA!” (meaning, “Let’s get going,” in Arabic) is perhaps Thomas’s most unrelentingly personal solo effort to date, utilising just vocal, guitar and the sparest of production, yet somehow saying so much more. One might cite Mark Hollis and Billy Mackenzie as similar artists who have shunned a deep, varied palate in favour of arrangements that lay bare both singer and song. If 2008′s ‘I Dream Of Black’ was the bedroom-producer-gone-maximalist, and 2010′s ‘The Maximalist’ was the dark dream in frightening technicolour, then ‘YALLA!’ is the sound of a man turning his back on ten years’ experience and truly forging ahead. Gone is the need to shroud all meaning and nuance in multi-tracking and studio trickery – with ‘YALLA!’, Thomas White has finally caught up with himself.

Thomas has just completed touring Europe with The Electric Soft Parade in support of Noel Gallagher’s High Flying Birds. He will be performing solo shows in support of ‘YALLA!’ soon – dates to be announced.

It is fair to say that the focus is now fully back on Thomas and his upcoming release. The track ‘King Of The Kingdom’ has a very tender and folky vocal style over an acoustic guitar line. It is a very personal track which when you start to unravel the lyrics reveal a tender young man. Surely a track to inspire and one which should win him a few new followers!