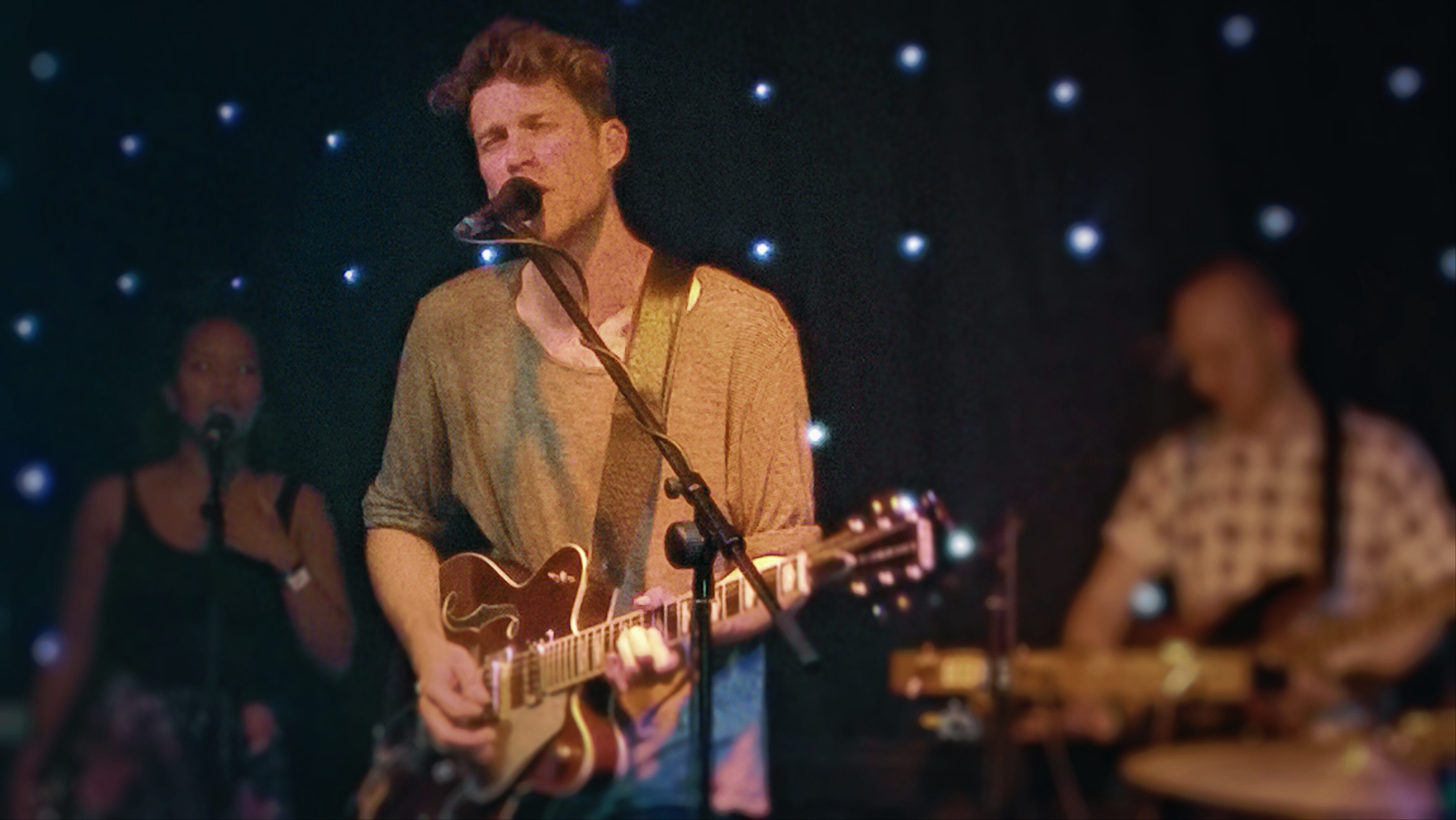 London indie-pop duo THUMPERS unleashed a minor earthquake in the underground music scene with their debut single ‘Sound of Screams’ back in April 2012. While those rumblings haven’t quite reached the ears of the general public just yet, there’s no doubt that they are getting louder. Their impressive full-length debut, Galore, showed a band whose creative potential was paired with an ear for the joyous, unbridled sense of fun that can make any album irresistible. Complemented by a full backing band, tonight they sound even better.

Opening act CUT RIBBONS get the crowd in the mood, their hypnotic energy and obvious joy at simply being on stage catching the ear of the slowly gathering audience. With songs like ‘Luna’ and ‘Bound In Love’ under their belts, not to mention the unexpected flash of Prince’s ‘Purple Rain’ for good measure, they do plenty to lure in the smattering of people who managed to get here this early. Anna Griffiths’ stage persona and angelic vocals make her feel like the secret love child of Robyn and Cyndi Lauper (please don’t ask me how they managed it), and with their perfectly executed boy-girl harmonies and technically on-the-button musicianship, they betray a professionalism and ear for a hook that should see them graduating to the headline slot before long.

When THUMPERS finally take to the stage, the room has filled considerably, but not quite enough to break the self-consciousness that means most of the crowd do little more than nod appreciatively, despite the innately danceable nature of the material. Opening proceedings with the atmospheric instrumentals of ‘Marvel’, they quickly throw themselves into the hammering beats and irresistible wah-wah sound of ‘Tame’, giving both drummer John Hamson Jr and guitarist/vocalist Marcus Pepperell to show off their considerable abilities.

Pepperell picks up and puts down his guitar on almost a song-by-song basis, possessing an easy, unassuming confidence in either performance style, without an ounce of the unattractive ego that could make the mostly upbeat, catchy indie he writes feel grating. He and Hamson have everyone in the room clapping along to the excellent ‘Dancing’s Done’, and when they throw in their debut single ‘Sound of Screams’, there are some people who  look like they’re in genuine danger of forgetting themselves and actually having a dance.

Of course title track ‘Galore’ is even more triumphant and exuberant than on record. Thanks to the excellent band the pair have assembled around them, it loses none of the brassy swing and rich textures of the studio version. It’s a fantastic piece of indie-pop, and should have more than a few festival crowds jumping around this summer. It’s certainly a joy that carries across into following track ‘Together Now’, with Pepperell getting so carried away mid-solo that he strides off the stage and plays half of it in amongst the crowd gathered around him.

If the people here were a bit more enthusiastic (or maybe just a bit more drunk) it’d be the gig’s crowning moment, but nonetheless it’s a dash of flair that shows how big THUMPERS have the potential to be. They’ve got the tunes. They’ve got the talent. For this talented duo, 2014 could be a pretty big year indeed.