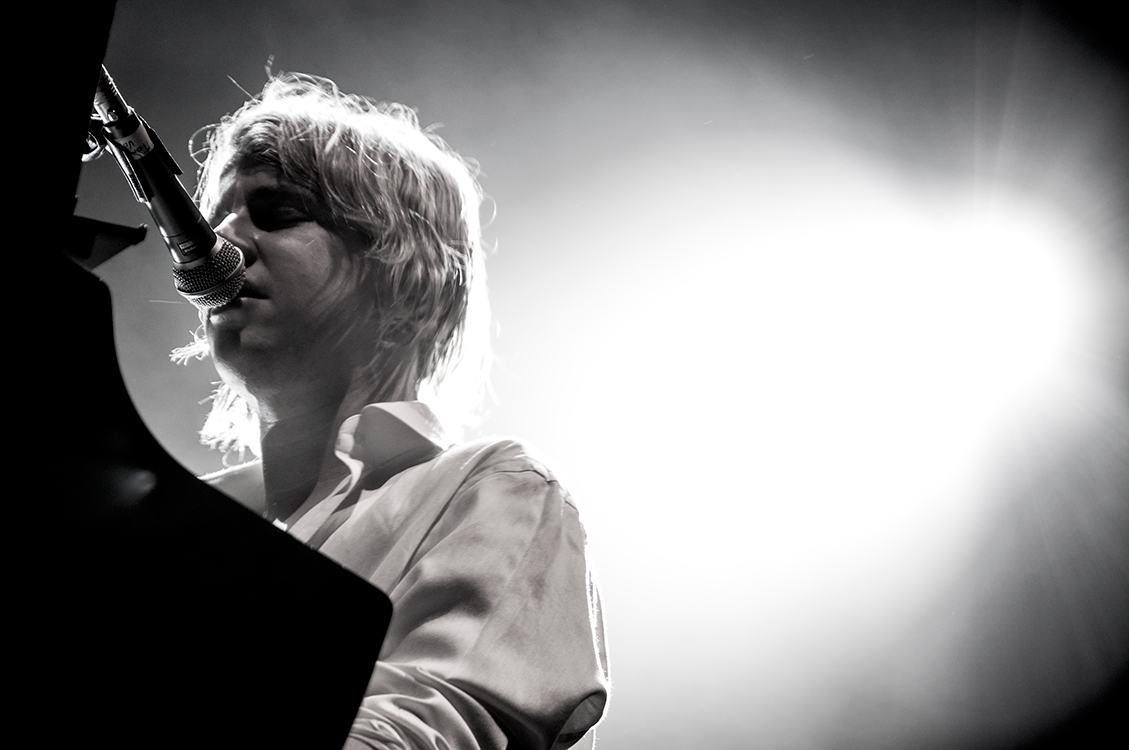 There was quite a buzz surrounding BRIT Award Critic’s Choice Winner TOM ODELL during 2013. He released his debut album Long Way Down in June, which sat  top of the UK Albums Chart and went onto become one of the biggest albums of the year. This success led to the Wolverhampton Civic Hall; on a cold February evening, being packed to the rafters.

As lights dimmed and the crowd cheered, on walked Tom’s band. The trio jammed for a minute, testing instruments and waiting for the arrival of singer. With a beaming smile, Tom sat at his piano centre stage and lapped up the applause before opening the set with the album title track ‘Long Way Down’. The piano track seemed much louder than that on the album and as it faded, Tom shouted “COME ON!” before launching into ‘Hold Me’. The albums second single was sung back loudly by the enthusiastic crowd.

With loud, banging drums and a heavy; distorted guitar, the music Tom Odell makes seems to be anti-calming. With the piano not usually the source of indie-bands, this uniqueness was captured perfectly on ‘Can’t Pretend’. With operatic harmonies and dark chord changes; the powerful track changes tact in the chorus, switching to an almost light-hearted song – it erupts to become a huge sing-along anthem. The Civic Hall crowd gladly sang along.

‘Grow Old With Me’ was a personal favourite. During the hushed, piano introduction; the volume amongst the crowd slowly increased; whispered conversation become audible; however as soon as Tom began singing, the audience stopped – pin drop silence. The track grew; first drums, then bass and guitar – slowly enough to not notice, it’s quite introduction seemed a long time previous by the room-filling ending.

The largest cheers of the evening were saved for the instantly recognisable ‘Another Love’. The track, used throughout many events in 2013, rounded out the main set in style. Tom, bouncing at his piano encouraging the crowd to join in; with arms waving and voices loud, the crowd did. With a huge round of applause, Tom and his band waved and swiftly left the stage.

The pause was short and the backing trio returned to the stage, this time for a gospel-style jam. Tom joined them and launched into a four-song encore; it’s high energy and incredible vocal showcase made it an encore to remember. Pulling out all the ‘audience interaction’ clichés (‘SING!’, ‘CLAP!’, ‘WAVE!’), the highlight was the cover of Etta James classic ‘I Just Want To Make Love To You’. First showing the song last year, duetting with Nicole Sherzinger; his solo performance of the track lived up to the hype.