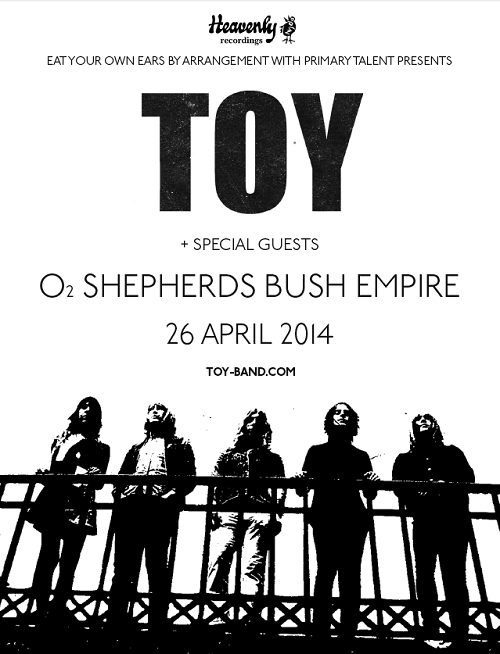 Brighton psych-rockers TOY have announced a nationwide UK tour for 2014. The band, whose second album Join the Dots will be released on the 9th December, have previously supported the likes of Placebo, The Vaccines and The Horrors. Their April show at the Shepherd’s Bush Empire will be their biggest headline slot to date. As yet, no support has been announced.

To read our review of the new album, click here.