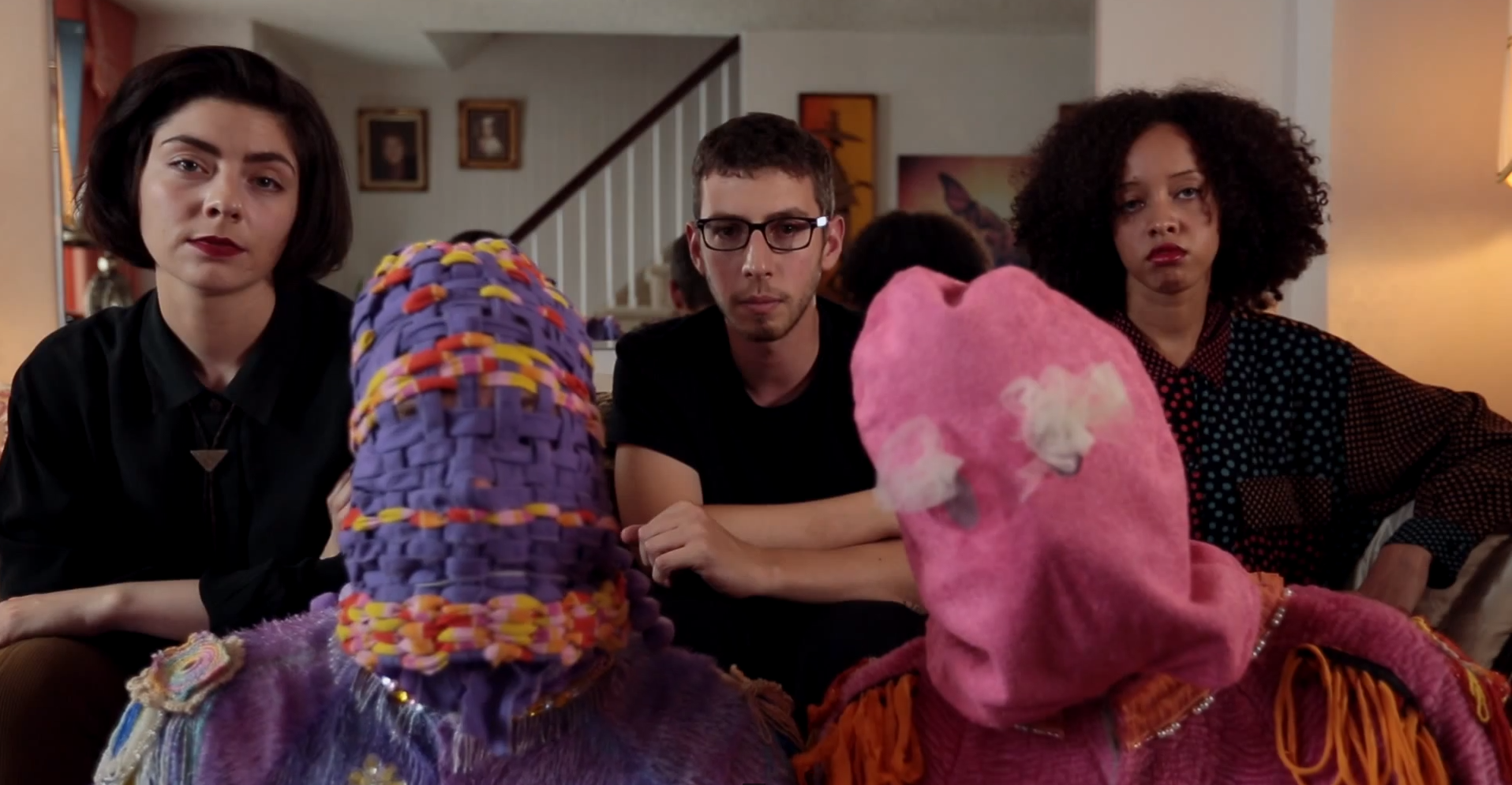 Brooklyn art-funk five-piece AVA LUNA  have released the video for their latest single ‘Genesee’. The track is taken from their recent album Electric Balloon, which came out back in March.

The new video sees the band lounge around in an immaculate family home, only to be joined by some people in rather bizarrre, multi-coloured costumes. Then again, with a band as surreal and unpredictable as Ava Luna, this level of unwavering weirdness perhaps isn’t surprising.

Of the video, the band said:

[quote style=’1′ cite=”]”Here at home, with its multitude of comforts, we’ve just sat down to pass away the afternoon. But whose home? Beneath even the most mannered facade dances a masked, fluffy chaos.“[/quote]

Following on from the release of their critically-acclaimed third album, the band will play a short run of dates in the UK at the end of the month.