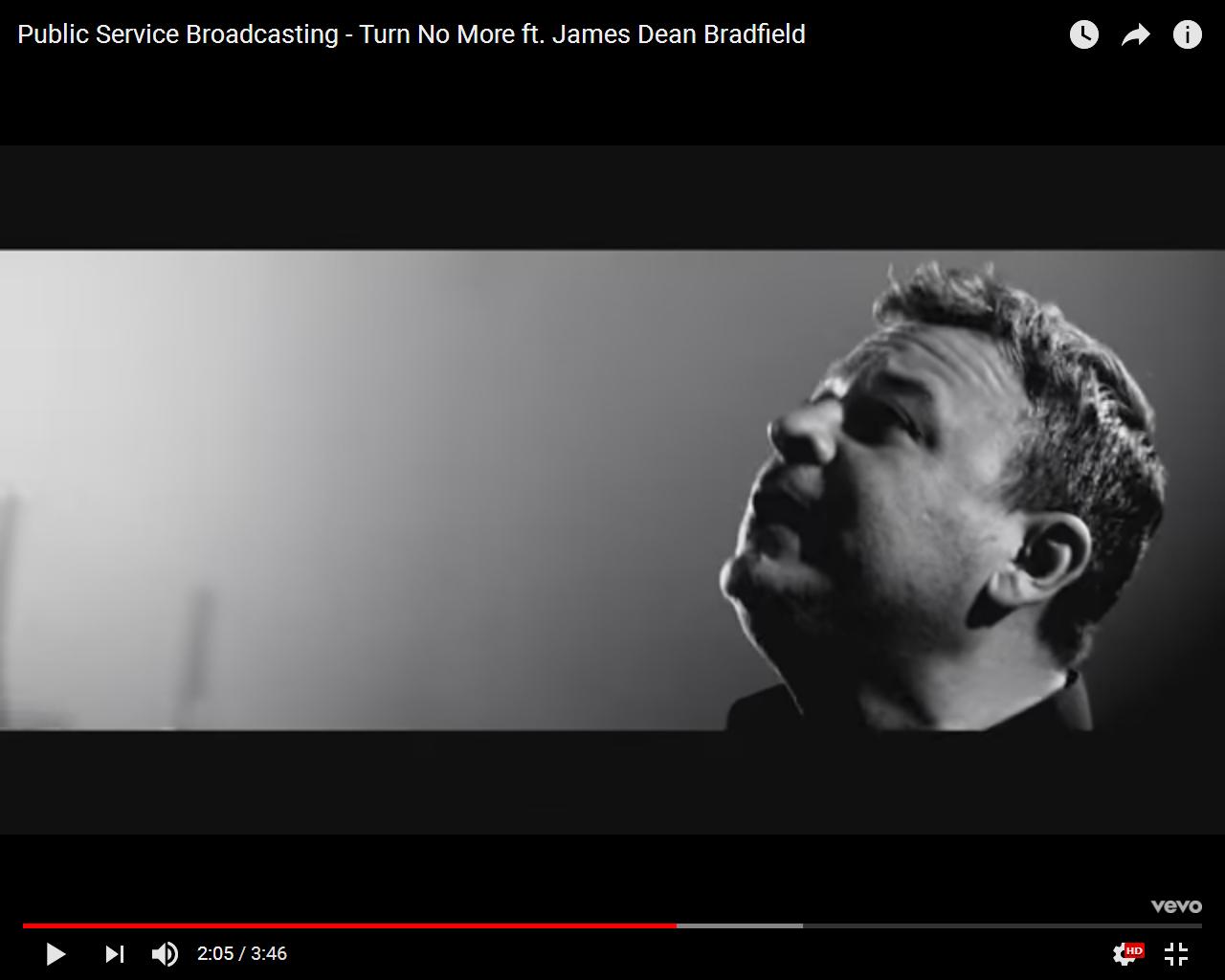 Public Service Broadcasting today share the video for their upcoming single ‘Turn No More’, that features Manic Street Preachers’ frontman James Dean Bradfield both in it and on the record.

‘Turn No More’ is the third single to be taken from Public Service Broadcasting’s new album ‘Every Valley’, which charted at #4 in the UK album charts in July.

J. Willgoose Esq. says of the single and how it fits into the story painted in Every Valley, [quote style=’1′ cite=”]“I wanted the track to have a restrained, plaintive, defiant but still angry feel, and working with James’ voice and the source material was a bit part of that, especially layering the voices towards the end. At its heart it’s a song about the people living with the aftermath – both environmental and personal – of the desolation caused both by the practices of an industry and its subsequent collapse.”[/quote]

The video was directed by Glashier, who has worked with Fatboy Slim, Chrissy Hynde and Juliette Lewis. Glashier was also keen to remain true to the story and explains,
[quote style=’1′ cite=”]“This video was always going to be about the approach, portraying it right, making sure we respected the location and place, how we were portraying Ebbw Vale, why we were shooting there, what we were showing.”[/quote]