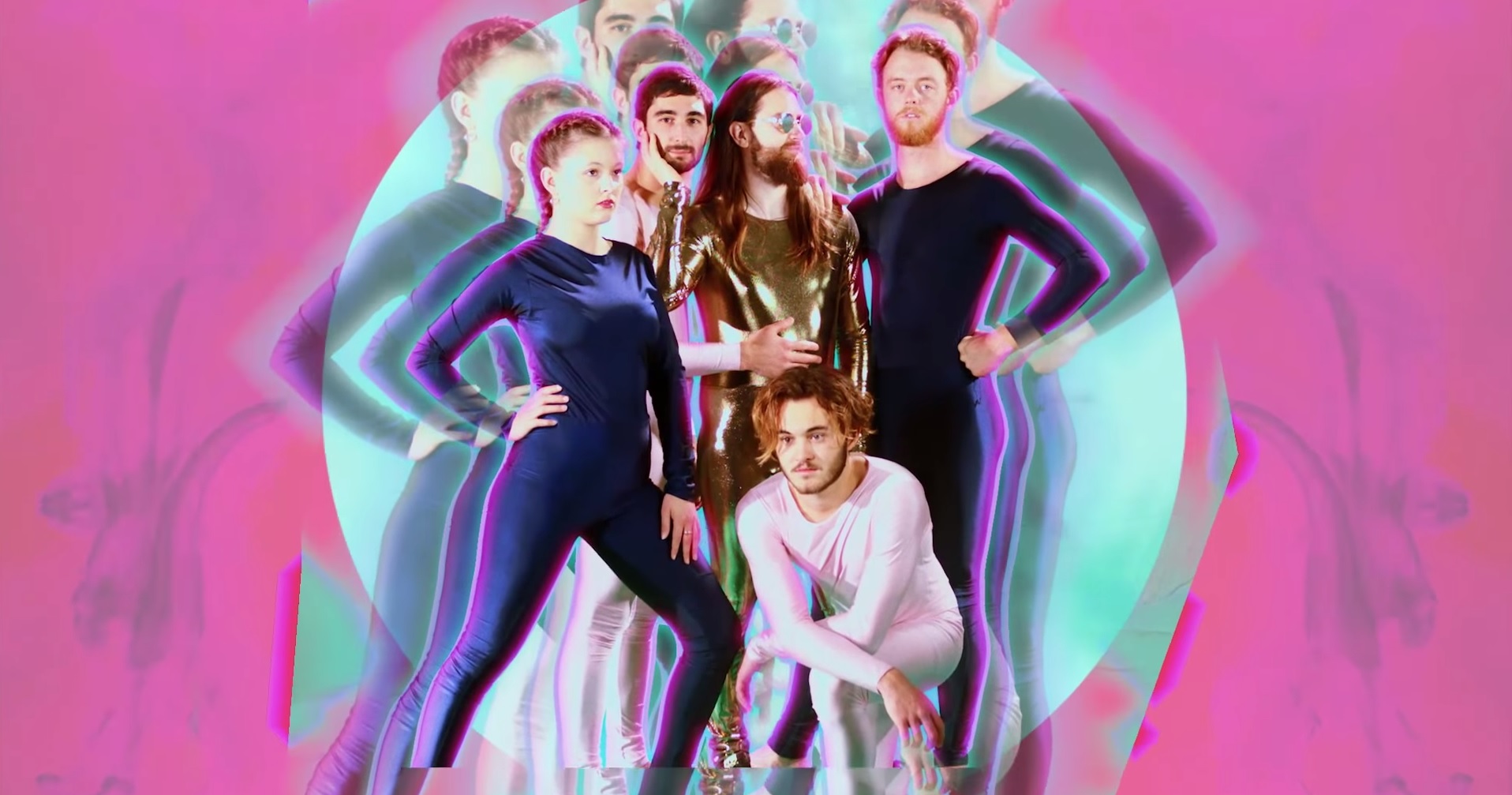 Australian indie-pop outfit SAN CISCO have revealed the video for ‘Run’, the first single to be taken from their as-yet-untitled sophomore album, due for release early next year.

Speaking about the video, director Matt Sav explained how the clip’s surreal vision and tone were directly inspired by the lyrics of the song, particularly the line, “”I can be all that you want”. “That’s what was in my head for the most part. We are all multidimensional, even if we don’t seem like it”.   Multi-dimensional is the right word to describe the trippy animations and surreal juxtaposition of clips, many of which were submitted to Sav by fellow film-makers across the globe. With a brief requiring only that the clips be 15 seconds long, it certainly seems to have produced some eclectic results, all of which combine to match the new, more complex sound that San Cisco seem to be heading towards with their new material.

And of course, there’s the matter of the rather stunning array of leotards on display, something apparently inspired by an unusual drive. “In a split second, I saw it. A man with round sunglasses wearing a shiny golden unitard, not moving much, but looking majestic. Like a lion”. Thus the leotard look was born, and an awesome music video came into being.