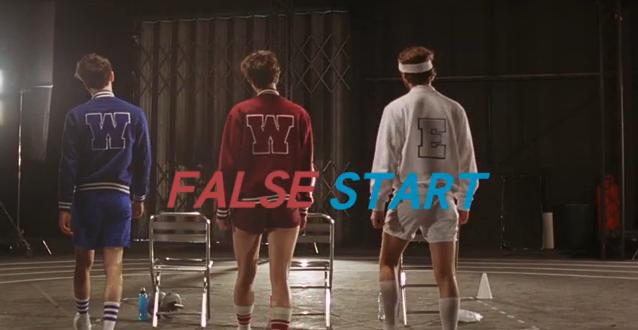 French indie band WE WERE EVERGREEN have released the video for their forthcoming single ‘False Start’. The Parisian group; who have recently been on the road with Goldfrapp in the UK, release the track which is taken from their debut album Towards.

The video for the track was directed by Dan Brereton and features Twiggy Garcia (the man who tried to citizen-arrest Tony Blair). The band are set to play a huge headline tour in May, including festival slots at Dot to Dot and The Great Escape.

We Were Evergreen are set to play: