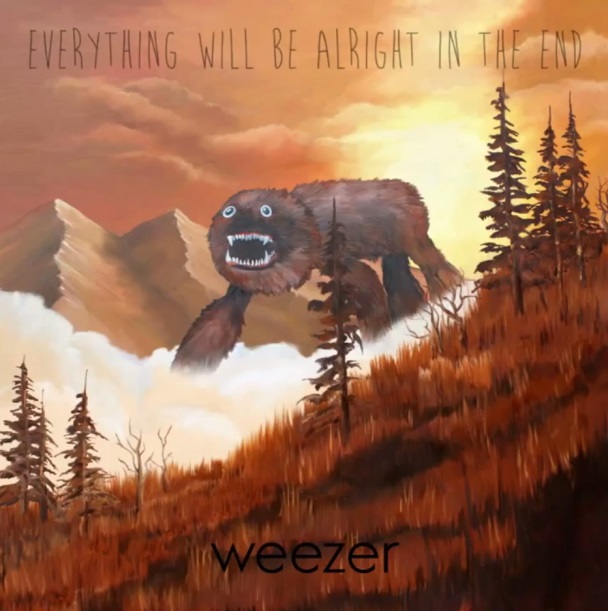 Alt-rock legends WEEZER have revealed the artwork for their new album, Everything Will Be Alright in the End. While the album’s release date is not yet known, their follow-up to 2010’s Hurley will most likely include recent track ‘Ain’t Got Nobody’, previewed online in the video below.

The artwork was created by Chris McMahon, an artist known for taking thrift-store paintings, and adding weird and wonderful creatures into them. You can find out more about his artwork here.

Everything Will Be Alright in the End has been produced by Ric Ocasek (The Cars), the man behind Weezer’s The Blue Album and The Green Album, released in 2001 and 2009 respectively. Little is yet known about the direction the album is likely to take, or the tracks that will be included, but it is thought that it will be released sometime later this year.