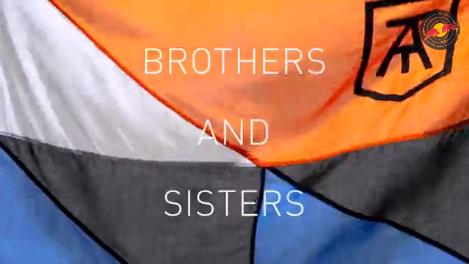 Just after the band played a sub-headline slot at Glastonbury Festival; Scottish icons TWIN ATLANTIC have unveiled a lyric video for new track ‘Brothers and Sisters’. The band; who shot to fame for their tracks ‘Make A Beast of Myself’ and ‘Free’ will be releasing a new album in August titled Great Divide and is set to be released on 18 August.

Twin Atlantic returned earlier this year airing a brand new track on Zane Lowes’ Radio One show to première the first new material from the band titled ‘Heart & Soul’.  The band will be performing in their home-country for a Main Stage show at T in the Park Festival next weekend; they’ll also be playing the Reading and Leeds Festivals across the August Bank Holiday weekend.

You can listen to ‘Brothers and Sisters’ above.