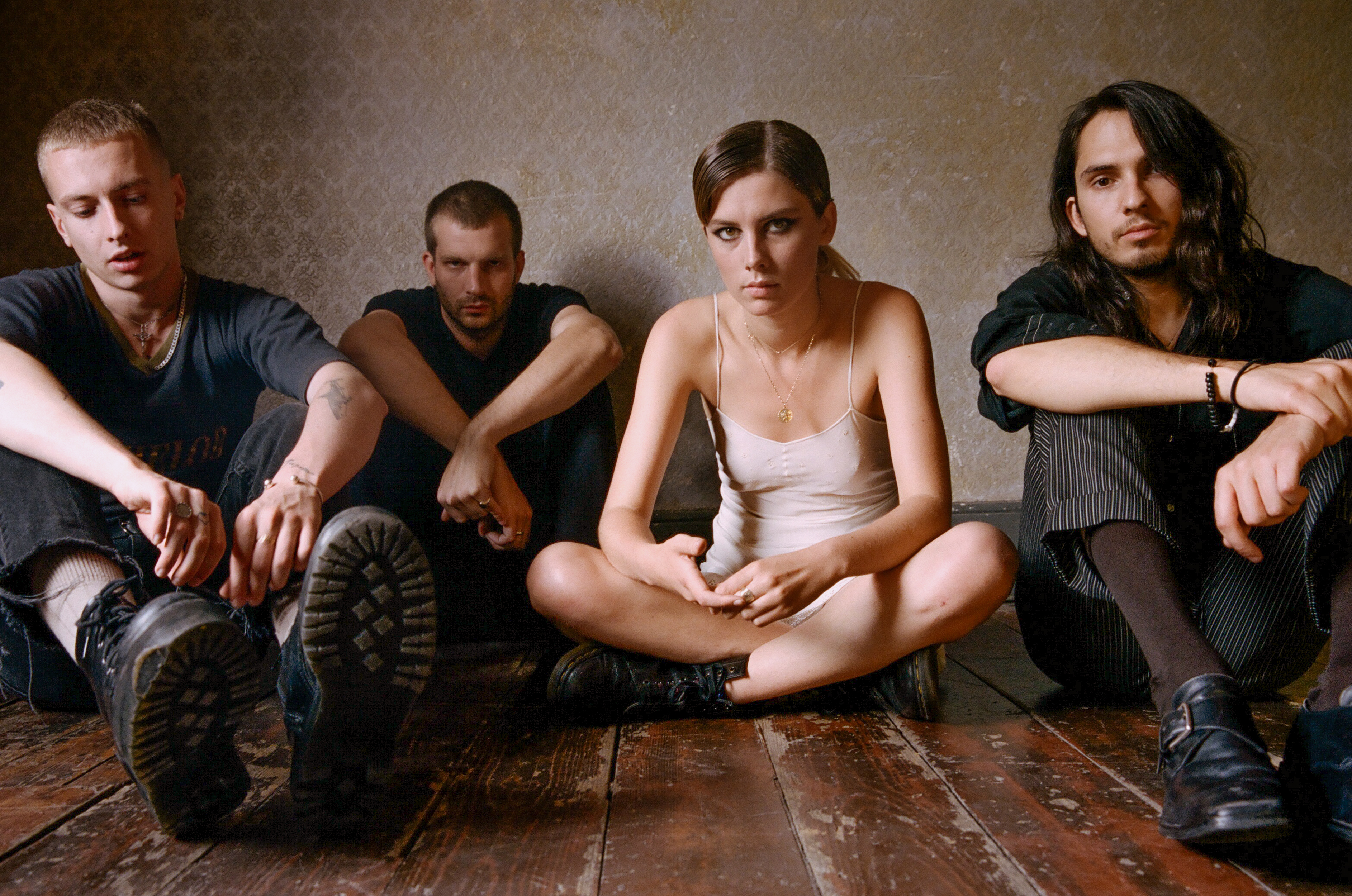 Wolf Alice, one of the biggest breakthrough bands of recent years, make their eagerly anticipated return, announcing their new album, ‘Visions of a Life’, and a run of shows worldwide including a UK and European tour in the autumn. The album will be released by Dirty Hit on 29 September.

A first taste of the new record, ‘Yuk Foo’, was premiered as Annie Mac’s ‘Hottest Record in the World’ on BBC Radio 1 and is available to stream and download now. Annie Mac previously played the Wolf Alice song, ‘Giant Peach’ – from the Gold-certified debut ‘My Love Is Cool’ album – as the first track on her first broadcast when she took over the reigns of the prestigious BBC Radio 1 Evening Show in March 2015 and she has now repeated the feat for her return to the station.

As comebacks go, a gauntlet is hurled by the exhilarating rage rush of ‘Yuk Foo’, briskly laying waste to all it meets in a little over two minutes. “You bore me, you bore me to death,” screams singer and guitarist Ellie Rowsell, “Well, deplore me. No, I don’t give a shit”. Listen to ‘Yuk Foo’ here:

Who the ‘you’ in question is up to us. [quote style=’1′ cite=”]“We wanted to make it open to interpretation, so that anyone who was frustrated at something or someone could have it as their anthem,” explains Ellie. She herself was inspired by, “Being sick and fed up of certain expectations; for me a lot of it is about being a young woman. Even the everyday wolf-whistle thing. As I get older, I feel like ‘Why have I always put up with that?’ When I sing that kind of song, it’s everything that I want to do when stuff like that happens”[/quote].

When Wolf Alice finally came off the road, instead of floundering or foundering, they channelled their restless energy into a forward motion. Regrouping in London, they spent intense weeks in the rehearsal room, working out their experiences in a wealth of new material. With the bones of ‘Visions of a Life’ in place, they headed to Los Angeles to turn the songs into an album with producer Justin Meldal-Johnsen [Paramore, Tegan and Sara, Beck, Nine Inch Nails] with Tom Elmhirst [David Bowie, Arcade Fire] mixing.

‘Visions of a Life’ is fundamentally a personal album, and one of great growth for the band. From the opening ‘Heavenward’ – a cloudburst of shoegazey guitar and vaulting vocals – through to the epic eight-minute closing title track, it’s an album packed with surprises for those who think they know what Wolf Alice is.

And now they’re ready to release the album to the world, starting with ‘Yuk Foo’ and a run of intimate USA shows in July, followed by a UK and European tour for the autumn, including their biggest headline show to date at the London Alexandra Palace. Full dates as below: