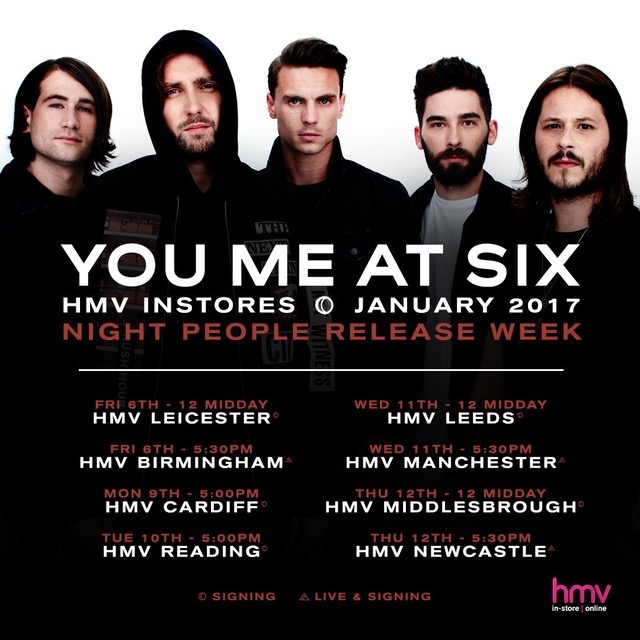 You Me At Six will be visiting hmv stores to celebrate the release of their new album ‘Night People’.

The band will appear at the following stores: