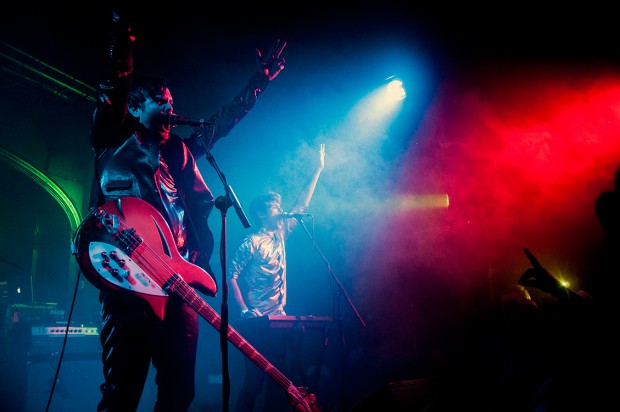 KLAXONS have announced a new UK tour for this Autumn. The band; who are set to release their third album Love Frequency on 16 June, will kick off the dates in Norwich; before playing nine shows which round off at the O2 Shepherds Bush Empire in London.

The tour will be a worlds first for being completely 3D printed. All the instruments; lighting and production supplied for the tour will be made using 3D printers. You can watch a video about the band discussing why they are using the technology to create their tour below.

Love Frequency is the follow up to Surfing the Void and features the tracks ‘Show Me A Miracle’ and ‘There Is No Other Time’. You can read our review for the album here.

Tickets for the new tour will go on sale 13 June at 10am.

Klaxons are set to play: