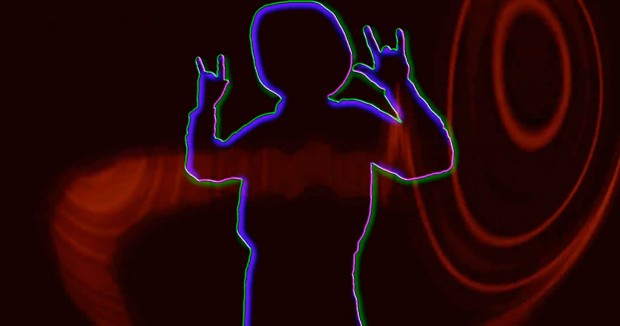 Austin rockers WHITE DENIM have released the video for ‘At Night In Dreams’, the latest single to be taken from their album Corsicana Lemonade.

The video takes its inspiration from the iconic ‘Big Tex’, a 52-ft tall mechanical talking cowboy which burned down at the 2012 Texas State Fair.

““White Denim had really taken a liking to my ‘Meanwhile…back in Dallas!’ two-second animated burning Big Tex/self portrait video loop. The animation was comprised of 48 ‘traditional’ paintings ranging from six inches to eight feet that hung salon style in the gallery setting. For ‘At Night in Dreams’ I took a more digital approach to avoid the ‘byproduct’ of traditional paintings, using free open source software GIMP to produce the animated drawings and KDEnlive to edit the parts into video. There are winks and nods to psychedelic grind house theater graphics of the 70’s and a sprinkling of old Saturday morning cartoons to lighten the mood.”

You can catch the band on their UK tour this May. Full dates are as follows:

‘At Night In Dreams’ is released on April 14th via Downtown.