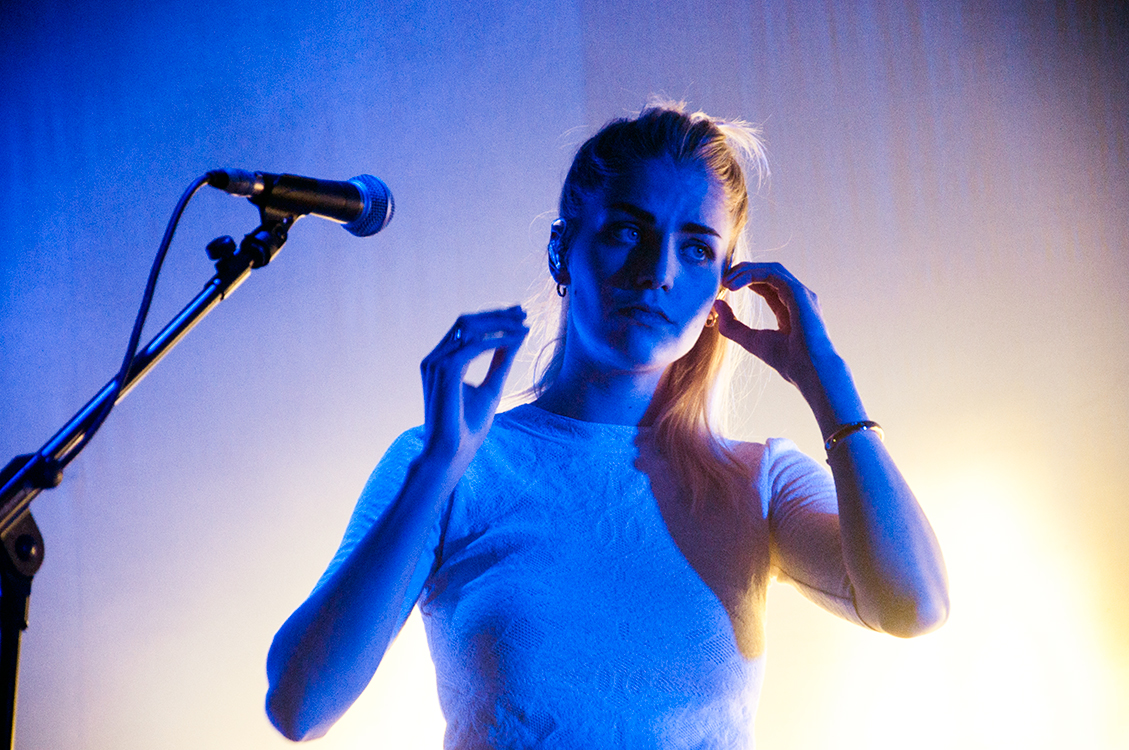 It’s been an incredible twelve months for Nottingham’s LONDON GRAMMAR. Since releasing their deservedly-hyped debut If You Wait, the band have been catapulted from underground trip-hop purveyors to mainstream chart success and festival headliners to boot. For many here tonight, then, it feels like it could be their last chance to catch the band in such a relatively intimate venue. The atmosphere is electric, and thanks to a stunning light display (and of course a performance to match), so is the show.

NICK MULVEY takes to the stage first, however, wowing the crowd with a brief but brilliant taster of his recent solo debut First Mind. Written over the course of two years, but recorded in just over two weeks, it’s a wonderful record that sounds just as impressive live as it does in the studio. ‘Fever to the Form’ and ‘Cucurucu’ are particularly spell-binding, but every song in his short set is greeted by rapturous cheers. He may not be the main act, but it’s clear that many here already count themselves amongst his dedicated fan base, or will begin to do so following this tantalizing introduction.

When LONDON GRAMMAR finally take to the stage, it is a surprisingly low key affair. The band are dressed casually, without an air of pretention, and Hannah Reid even clutches the first of many cups of what appears to be tea. While their attire screams rehearsal studio, their performance is arena-ready. Breaking through the darkness just as the opening notes of ‘Hey Now’ break out, they are almost drowned out by the cheers of the ecstatic masses heaving towards the stage. As they carry on straight into ‘Darling Are You Gonna Leave Me’, the white screen behind them is raised to reveal a full string section perched on top of an enormous light display, adding some contrasting glamour to the indie nonchalance of the band themselves.

What follows is a performance of contrasts. The band sounds flawless; whatever difficulties caused them to reschedule their show in Plymouth earlier this week, they clearly aren’t affecting tonight’s proceedings. Their own understated dress is perhaps the last reflection of the band’s sudden emergence into the spotlight. For the most part, it is lost behind the epic light show that takes over the stage, and everything before it. For ‘Wasting My Younger Years’, beams of orange light burst across the room, rising and falling with the song’s peaks and falls. During ‘Flickers’, the stage is illuminated by a web that stretches itself in between the crowd and the band, flashing on and off as the song progresses.

Reid’s vocals, as you might expect, are perfect. Powerful, emotive, and seemingly effortless, they dominate the room, their sultry tones unsullied by the round neck jumper and mug of brew she reaches for between songs. ‘Dot’ Major and Dan Rothman are effortlessly cool, switching from one instrument to the next with practiced ease, creating a beautiful mesh of layers complimented by the strings who blend effortlessly in and out of songs. When the band are joined by Nick Mulvey for final song ‘Metal & Dust’, there’s little room for his Spanish guitar work in amongst such an already copiously balanced sound. Perhaps it’s a collaboration that might bear slightly more audible fruit on record.

Regardless, it’s a spellbinding performance, every second of which is lapped up by tonight’s crowd. It’s hard to imagine that, with the success they’ve already achieved, London Grammar will be playing venues like this for too much longer. With a summer of festival appearances ahead, there certainly won’t be many opportunities in the near future. This has been one of those rare nights when you catch a band who might just be onto something big. It certainly won’t be one anyone here forgets for a long while.